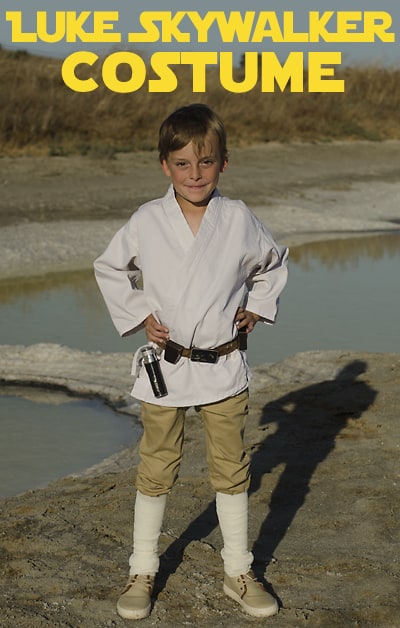 Another year, another DIY Star Wars costume. And of course, with The Force Awakens opening in December, and with episodes 8 and 9 to follow, I'm pretty sure we have several years of Star Wars costumes ahead of us. In keeping with his past years, Max decided on Nov. 1 of last year what he wanted to be; and stuck with it all year long. And so we have our very own Kids Luke Skywalker Costume DIY. 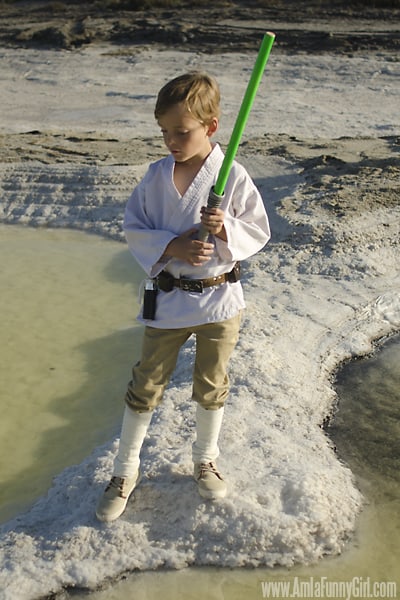 To start off, we needed the basics; we picked up these great Shaun White Boys' Chinos from Target, and he'll easily be able to wear them again. The top is actually the top of a karate uniform

that we got on Amazon;

I was surprised that we found one for only about $15.

It came as a crisp, bright white, so we soaked it in some coffee for a bit to tone done the brightness. (1/2 c. of grounds in about 2 gallons of water, simmered on low for about 15 minutes, then rinse and wash.) We tried reusing the morning's coffee grounds, but that really didn't work, so I recommend using unbrewed grounds instead. You may be able to reuse grounds if you have a lot of them and leave it for a long time, but I don't know. : 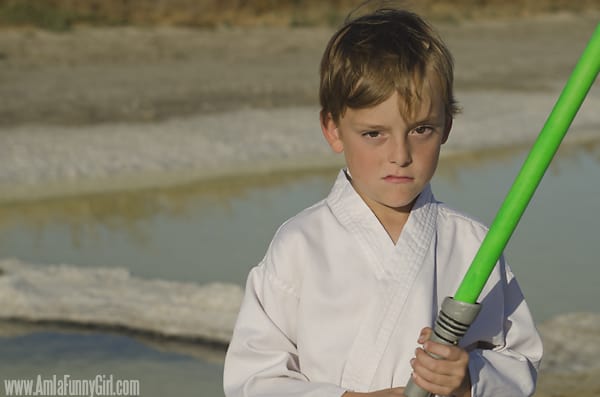 Up next are the legs; while the real Luke wears crazy boots, that was a bit much even for Jamie and his craftiness. Instead, we found these great lace-up sneakers that, again, he'll be able to continue wearing post-Halloween. For the top part, we went through a few different iterations. Strips of jersey fabric, ace bandage, masking tape… in the end, we went with  self-adherent wrap

that worked out great. 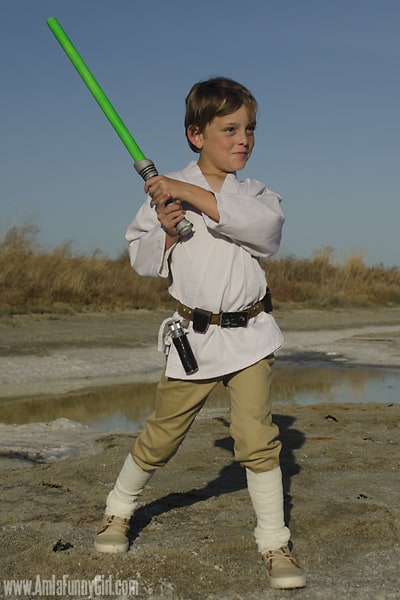 And now for the finishing touch, the piéce de resistance. The belt. Jamie never fails to blow me away with his attention to detail and execution of these things for Max's costumes. For real.

The vast majority of this is scrounged together from thrift stores and junk he found in the garage. The belt was thrifted; you can use any belt, but the main thing is the style of buckle. You'll want to use one with a flat buckle like this belt. The flat front allows

you to easily adhere the decorative buckle to the front.

Using this photo for reference, Jamie crafted the pouches using scraps of wood and (wait for it) leather that he salvaged from our old sofa before they took it to the dump. He had cut giant pieces off the back of it, because he thought he might have a use for it someday, and lo and behold, he found that use.

He just stapled and nailed the leather on; they're totally non-functional, but they look pretty freaking good, right?

The buckle is a piece of the aluminum siding from the teardrop; he spray painted and then distressed. It's just glued on with crazy glue or something.

The droid caller is an old flashlight that stopped working; he took it apart down to a tube, then wrapped it in wire and then electrical tape. He riveted on a D-ring to help attach it to the belt. 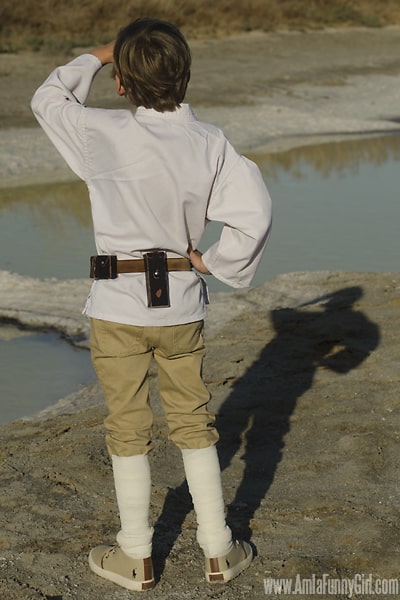 And that's it! I know it looks like a lot, but it really isn't; it's just a matter of doing it. 🙂

Also, I'm including more photos because I'm so excited about this crazy location I found for the photos. You can't tell, but we're about 200 yards away from Facebook HQ, and there's an 8 lane highway right next to us. Crazy, right? 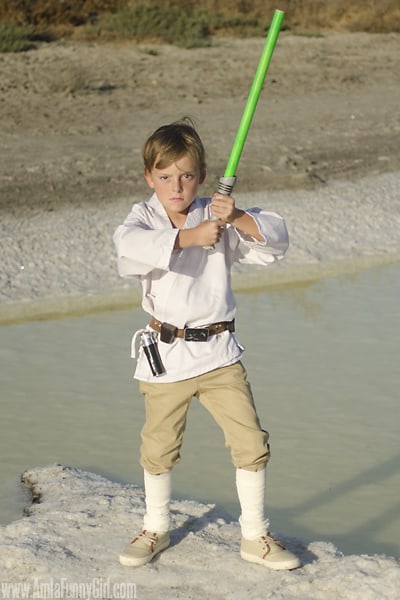 ONLY 4 DAYS 'TIL HALLOWEEN! 🎃☠️🧙‍♀️👻👽🤖👺
I never dreamed I'd play a character that would become an actual trick-or-treat costume.#LovingTheLukealikes #ManyManyMiniMarks pic.twitter.com/mHURuLZnOq