The title of this post could be talking about the trip and about our first destination… we left San Francisco airport at 9 am on Sunday, May 20.
We arrived at London's Heathrow Airport at 6:30 on Monday morning. The flight was uneventful and long… trans-atlantic flights do have a couple of perks though… movies and meals! LOL

I watched three movies on the way… Catch and Release, Miss Potter and Pan's Labyrinth. All of them were decent and things I'd wanted to see anyway. I think Jamie just watched Pan's Labyrinth.
We also got an actual airplane meal! LOL It was gross (pasta) but who am I to complain after having flown almost exclusively with Soutwest for the last 15 years or so?

Upon our arrival in London, we climbed aboard the Tube and then to the train station… we took a three hours train trip through the English countryside (gorgeous!) to our first destination… it didn't occur to us until later but it was a pilgrimage, really.

Of course, climbing off the train in Liverpool (at the Lime Street Station, the same Lime Street mentioned in “Maggie May”) I managed to not see a rather large curb and went ass over teakettle onto the road… I just had a couple of bumps and bruises, most notable to my ego.

We stayed at the Holiday Inn Express next to John Lennon airport (tagline: “above us only sky”) and, thanks to Jamie's many nights away from home for work, our two nights were free! (Free is good.) Some things are the same everywhere… mediocre mattress, picked over vending machine. Some things are different…. like little packets of freaking Nutella at the breakfast thing in the morning! I couldn't belive it and snagged some extras to bring home! LOL

We headed into central Liverpool and explored a bit… just a block from City Center in the Cavern Quarter, home of the famed Cavern Club and other cool Beatles related stuff… we met this crazy old guy who used to play at the Club back in the 50s… he told us that we always need to “keep looking up in Liverpool” and he wasn't talking about that in the metaphysical sense! Right near where he was standing, just over our heads, where we would have missed it, was a monument to the Beatles. It was very cool to see it and even better to have had it pointed out specifically to us, KWIM?
Here's the monument that we almost missed! 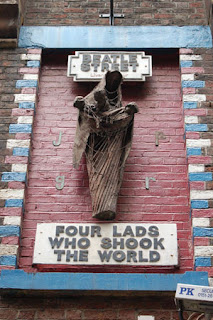 We took the official “Magical Mystery Tour” the next day… it's run by a company that's been doing them for years, and they're actually in the middle of building a Beatles-themed hotel in Liverpool, called “A Hard Day's Night” that is supposed to open this fall or winter.

The tour is conducted in an old school bus that's decorated in all its tacky glory: 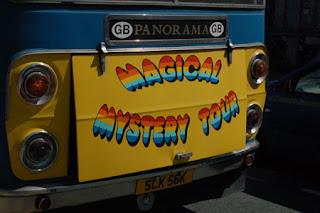 There were so many stops on the tour, and I didn't even get a chance to snap pics of everything, but here are just a few of the places we got to see for ourselves! 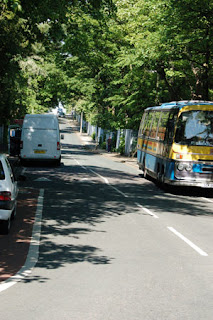 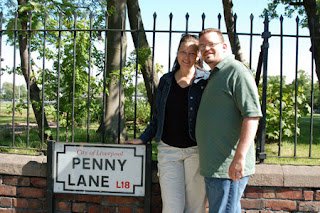 The actual Penny Lane… we also got to see the actual locations the song talks about… the shelter in the middle of the roundabout, the barber and the bank (with the banker who never wears a Mack in the rain) and everything. It's crazy to be in the place where so much started, KWIM? The location was too big to get a decent photo and we didn't get out of the bus. 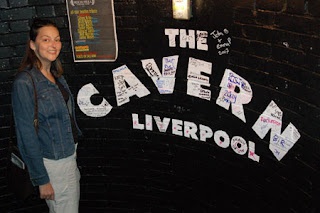 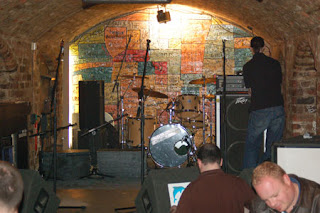 Unfortunately, the actual Cavern Club was torn down (well, filled in) in the 1970s… the one we visited is a reproduction, although it's to the exact specifications of the original and the surviving Beatles (all but John) have performed at this venue as well. This is where the boys got their start playing lunchtime gigs. 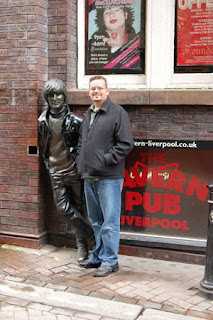 Jamie really appreciated the chance to hang out with John across from the Cavern. 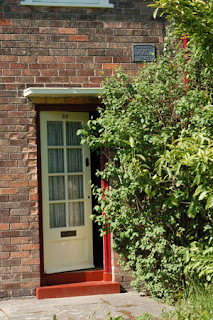 Where Paul lived with his dad on Forthlin Rd… he actually lived here until 1967 or so (even though he had a place in London) and still returns to visit from time to time. The home is now owned by the National Trust and is a museum. We (unfortunately) weren't there when it was open, so we'll have to make a return trip some day! We also missed the tour at John's house… 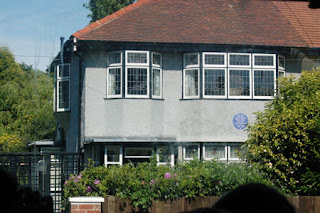 The house where John grew up with his aunt… his mother was actually hit by a car and killed just outside this house. In the early 1990s, the then-owner looked in the attic and found a guitar; John's guitar. There are photos of the same (it's assumed) guitar in John's room, so that, among other artifacts, is on display in the house that is now a museum. 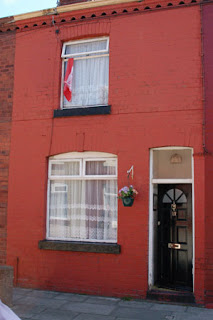 This is where George Harrison was born… literally. George was born in the front room downstairs! 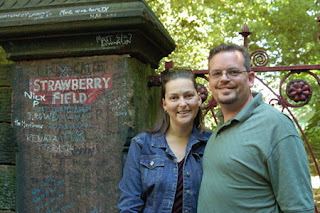 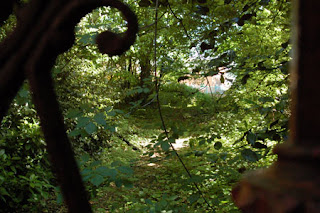 Strawberry Field; the sign and the field. There's a line in the song that says “nothing to get hung about/Strawberry Fields forever” When John was a kid, he used to sneak onto the grounds of Strawberry Field to play. Everytime he was chased away by the nuns who ran the orphanage there, they'd tell him not to come back. He said “they're not going to hang me for playing there!” and that's where the line comes from! 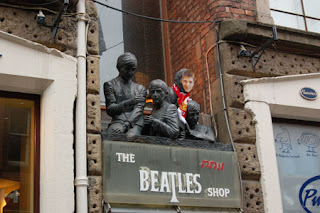 We happened to be in Liverpool the day the LFC (Liverpool Football Club) went to Athens to play AC Milan in the Europe Cup… these people could certainly give us Americans a lesson or five in being sports fans! Everyone was decked out in red and white… some 10,000 people flew into Liverpool just to watch the game on TV! It's amazing! The guy on this statue is the star of their team… his face was plastered everywhere we looked… 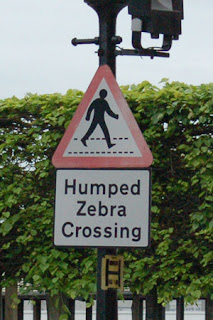 You tell me this sign doesn't make you giggle! 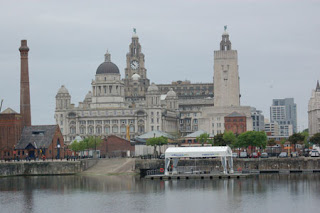 Liverpool really is a cool town, and I expect we'll be back some day. They're celebrating their 800th anniversary this year. Can you believe it? So. Much. Older. Than. Here.

We wish we could have stayed a couple more days, but we had to move on… a quick 40 minute flight (instead of a 10 hour ferry ride!) and we were in the land of potatoes and Guinness… Dublin!

I'll work on getting those photos up soon.
Hope these are enough to keep your interest!