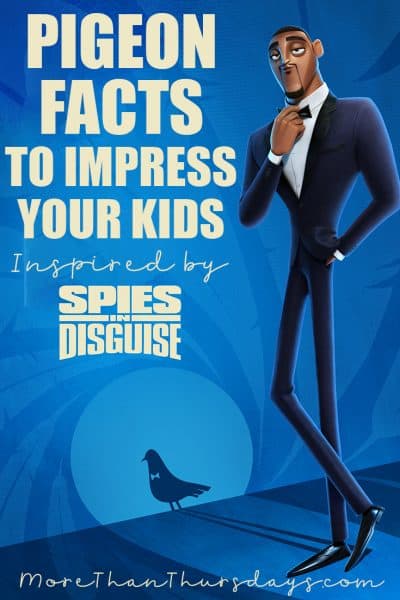 The new family-friendly spy movie “Spies in Disguise” features pigeons. (As evidenced by the trailers, the posters, and basically all of the marketing) and in the movie, you learn a bit about pigeons in the real world as well. I was lucky to be in the first non-employee screening of the movie last month at #TheGeeklyRetreat, and walking out of the screening room, I was fascinated by a few facts I learned wanted to research more pigeon facts right there!

We've collected some extra-interesting pigeon facts for you, so you can impress your kids with them as you're leaving the theater, because what parent doesn't love to show off how they know All The Things like this?

About Spies in Disguise

Super spy Lance Sterling (Will Smith) and scientist Walter Beckett (Tom Holland) are almost exact opposites. Lance is smooth, suave and debonair. Walter is … not. But when events take an unexpected turn, this unlikely duo are forced to team up for the ultimate mission that will require an almost impossible disguise – transforming Lance into the brave, fierce, majestic… pigeon. Walter and Lance suddenly have to work as a team, or the whole world is in peril. “Spies in Disguise” flies into theaters this Christmas.

THEY'RE BASICALLY LITTLE FEATHERED AIRCRAFT
Pigeons can fly at altitudes up to and beyond 6000 feet, and at an average speed of 77.6 mph. The fastest recorded speed is 92.5 mph.

PIGEONS MATE FOR LIFE, AND USUALLY RAISE TWO CHICKS AT A TIME
Both female and male pigeons share responsibility of caring for and raising young. Both sexes take turn incubating the eggs and both feed the chicks ‘pigeon milk’ – a special secretion from the lining of the crop which both sexes produce. 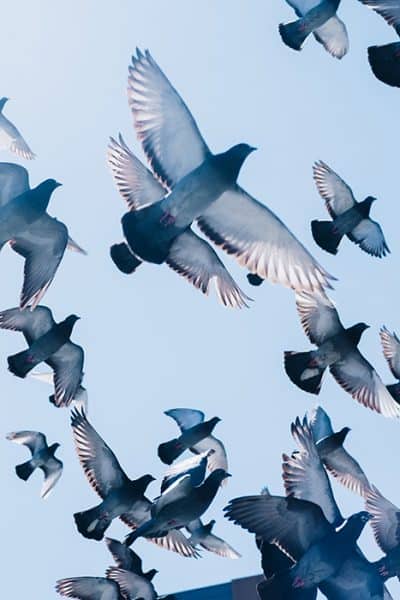 THEY MIGHT BE THE FIRST DOMESTICATED BIRD
Pigeons appear in art dating back as far as 4500 BC, and they've been a food source for thousands of years.
DODOS WERE RELATED TO TODAY'S PIGEONS
There are 308 living species of pigeons and doves. Together, they make up an order of birds known as the columbiformes, and the extinct dodo belonged to this group as well.
NIKOLA TESLA AND CHARLES DARWIN WERE BOTH BIG FANS
Pigeon-breeding was a common hobby in Victorian England for everyone, and few hobbyists had more enthusiasm for the specis than Charles Darwin, who owned a diverse flock, joined London pigeon clubs, and hobnobbed with other famous breeders. Darwin's book “The Variation of Animals and Plants Under Domestication,” has two chapters about pigeons, and dogs and cats share a single chapter.Nikola Tesla was another who was a pigeon fan, to the point that he cared for injured pigeons in his hotel room.  I mean, this is an actual quote from him, about his favorite bird: “I loved that pigeon, I loved her as a man loves a woman and she loved me. When she was ill, I knew and understood; she came to my room and I stayed beside her for days. I nursed her back to health. That pigeon was the joy of my life. If she needed me, nothing else mattered. As long as I had her, there was a purpose in my life.” 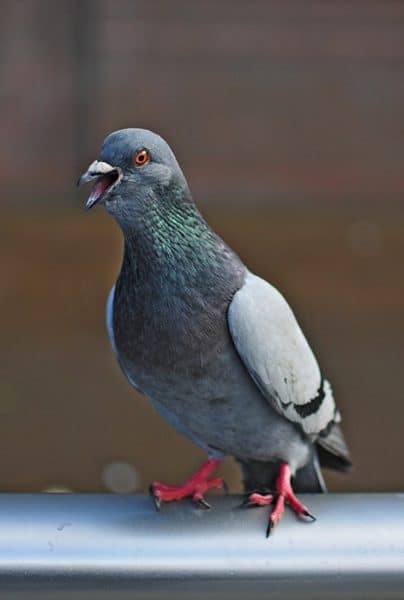 YOU CAN TRAIN THEM TO BE ART SNOBS
Three Japanese psychologists won a Nobel Prize in 1995 for training pigeons to recognize the paintings of Claude Monet and Pablo Picasso and to be able to tell the artists apart. The pigeons could even use their understanding of impressionism and cubism to identify paintings byother artists in those styles. In 2009, pigeons were shown almost 25 paintings from elementary school children, and were taught which ones were considered “good” and which ones were considered “bad.” The pigeons were then shown 10 additional and the bird critics correctly identified which ones had gotten bad grades from the teacher.
PIGEONS ALMOST DISTRACTED FROM DISCOVERY OF EVIDENCE OF THE BIG BANG.
Scientists in New Jersey, heard odd noises from their antenna that would later be proven to be signals from the Big Bang (Woah!). But when they first heard it, they thought it might be poop from the two pigeons that lived in the antenna. One of the scientists involnved remembered, “We took the pigeons, put them in a box, and mailed them as far away as we could in the company mail to a guy who fancied pigeons. He looked at them and said these are junk pigeons and let them go and before long they were right back.” The scientists cleaned the poop and mess from the antenna and discovered that they were not actually the source of the noise. Today, you can view the trap used to catch the birds at the Smithsonian.
THEY'RE VERY GOOD AT MULTITASKING
Pigeons are more efficient multitaskers than people are, according to at least one study. A test group of 15 humans and 12 pigeons was trained to complete two simple jobs (like pressing a keyboard once a light bulb came on), and then they were put in situations wherein they would need to stop working on one and switch over to the other job. During these tests, humans and pigeons switched between tasks at the same speed. 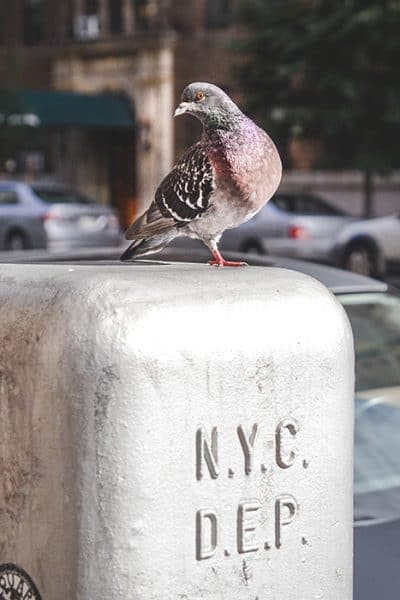 THEY HAVE EXCELLENT HEARING
They can detect sounds at far lower frequencies than humans are able to, and can thus hear distant storms and volcanoes.
THEIR POOP USED TO BE VERY VALUABLE
Although pigeon poop is considered to be a problem in modern society by some, a few hundred years ago pigeon poop was considered extremely valuable. It was the best fertilizer around, and armed guards would even stand guard by pigeon houses to stop others from stealing the droppings.In England in the 16th century, pigeon guano was the only known source of saltpetre, an essential ingredient of gunpowder and considered to be a highly valued commodity as a result. 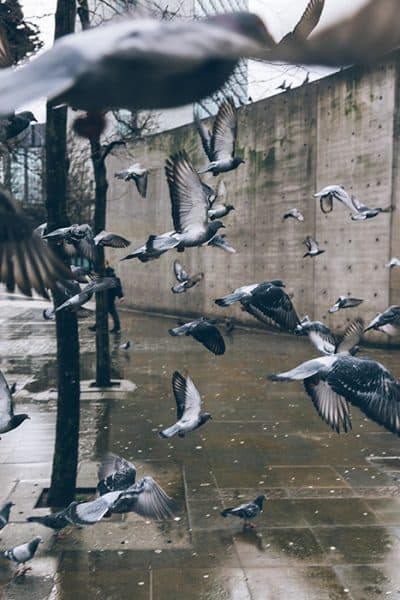 THERE'S A REASON PIGEONS BOB THEIR HEADS
The pigeon's side-mounted eyes, unlike humans and owls which have forward facing eyes, mean they have monocular vision rather than binocular vision, so they bob their heads for depth of perception. The pigeon’s eyes function much better with stationary images and therefore as the pigeon takes a step forward the head is temporarily left behind. The next step jerks the head forward again and so on. This allows the bird to correctly orient itself.
PIGEONS CAN NAVIGATE HOME FROM HUNDREDS OF MILES AWAY
There are many theories about how pigeons manage to return ‘home’ when released 100s of miles from their loft. A pigeon can be released 400-600 miles away from its home and still return within a day. A  study at Oxford University showed that pigeons use roads and highways to navigate, in some cases even taking turns when roads do.
« Warm Cranberry-White Cheddar Dip
How to use a jig for Glowforge »