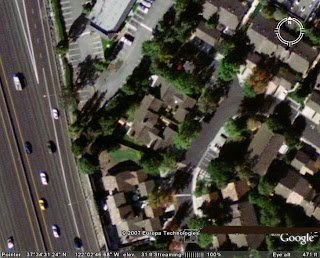 OK, so I'm a little late to the party… I just recently downloaded Google Earth and am having entirely too much fun messing around with it.

I've found every house I've ever lived in, a few random friends houses from when I was a kid, many of the places we visited in Europe and some other miscellaneous landmarks all over the globe.

Jamie thinks I'm a dork because Google Earth has been around for a while, but it's so freaking cool!