OK, so I'm like a week late on this post. So kill me! I've been busy. *shrug*
Took lots of photos, here are a few of my faves… 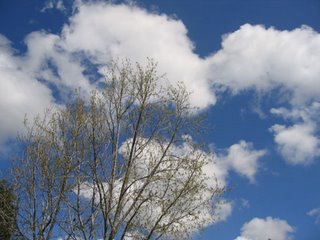 It's been raining forEVER around here, but apparently God is a Giants fan, because we were blessed with a *gorgeous* day! 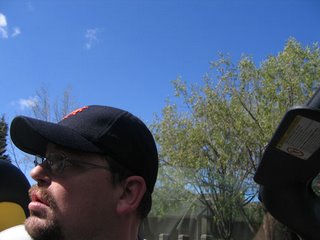 Really couldn't ask for more! And the rain was actually a bonus, since it washes all the smog and crap out of the air! So nice, so perfectly California! 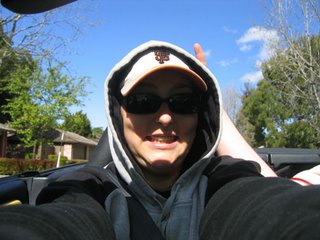 I always feel like a dork, but I keep my hood up when the top's down to keep my poor ponytail from becoming a total disaster. I look a little like a happy Unibomber here! 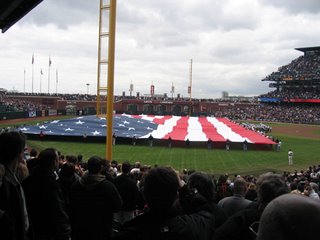 The Hugh Jass flag that pretty much *covered* the outfield! 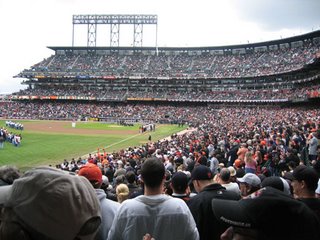 Introducing the players; Barry got a standing ovation that lasted several minutes and ended with chanting of his name… “Barry! Barry!” 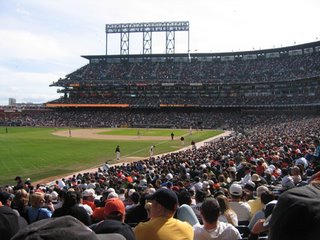 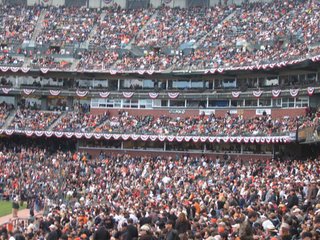 I love that they actually put bunting up all over the ball park! It feels so… well, American! LOL 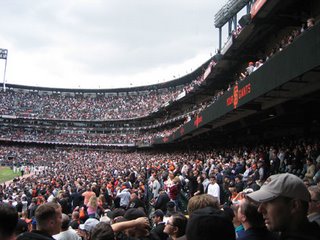 I'm sure that a sellout is a sellout, but there just seemed to be so. many. people! It was awesome! 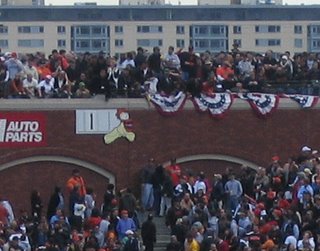 The first of how many intentional walks this season? Barry ended up with 2 before the game was over. 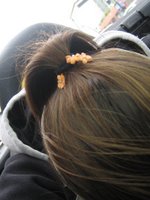 Who says scrapbook supplies aren't versatile? I used the little paper posies from my Chatterbox Embellishment kit to decorate my ponytail! LOL (I found them while cleaning my scrap room, and couldn't resist! They're just… so… orange!) 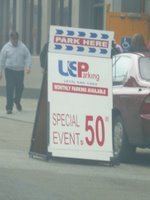 I couldn't believe this, so I had to snap a pic. No real reason, except shock value.

« A feeling of accomplishment.
Tiny pleasures. »