This post was originally sponsored by the Oakland Athletics. All opinions are mine.

There are lots of things that define summer for me. Barbecues, Max going to sleepaway camp, daylight until nine at night, baseball and fireworks, lots of family fun days! As a fourth of July baby, I've always held fireworks close to my heart, and my summer just isn't complete without them. That's why I love a post-game fireworks show at an Oakland MLB game; it's two of my favorite pieces of summer family fun at one time!

We had a great family adventure night last weekend when we headed out to the Oakland Coliseum to see the Oakland A's take on the Detroit Tigers, and then enjoyed a post-game fireworks show, and to top it all off, it was Witches and Wizards Night, so everything was Harry Potter inspired all night!

I grew up an A's fan, so I've been to many games at the Coliseum, but they've made some really great changes in the last couple of years, thanks to their new ownership. The A's always play great ball, but the Coliseum itself has really stepped it up too, making a baseball game a fantastic family adventure for everyone. 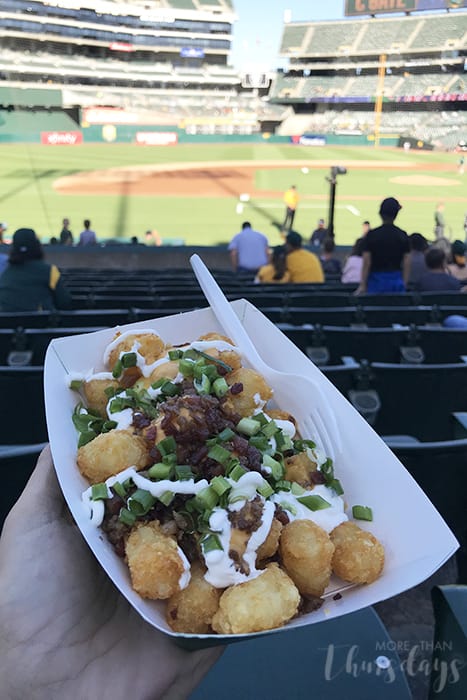 The A's have built a roster of young, highly-ranked prospects who are playing their first full season at the Major League level. These athletic, talented players expect to lead the A’s into a new era of highly competitive baseball, so it's a blast to watch. Like their old ad campaign said, “Little League enthusiasm, Big League talent.”

While waiting for the action to start on the field, we checked out some of the options around the ballpark. 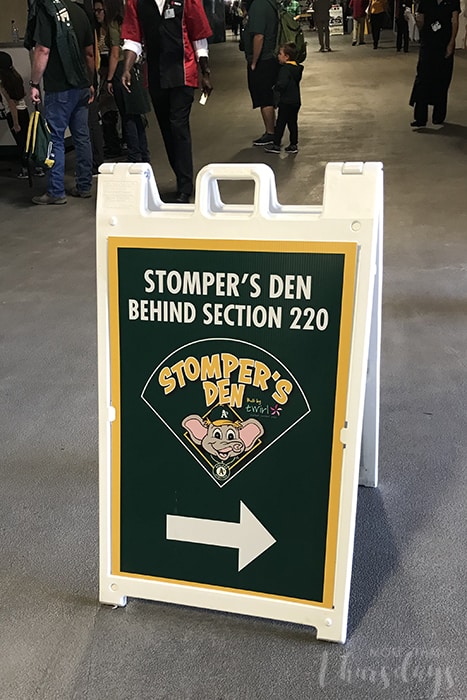 Lots of great activities for kids of all ages; Max practiced his pitching, played A's Plinko, and colored a picture in Stomper's Coloring Shed. Where was this when Max was tiny and couldn't handle watching a whole baseball game without a break? lol 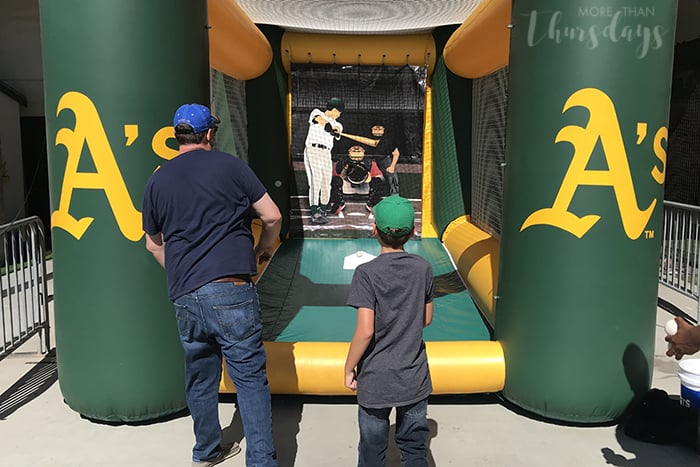 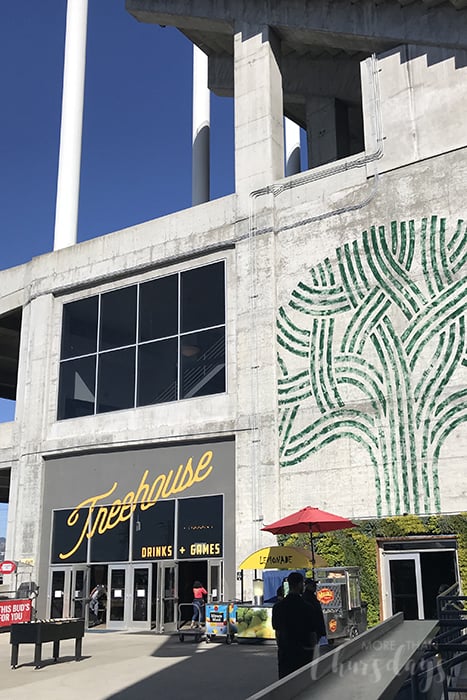 The Treehouse is new for 2018, and gorgeous! It's a really cool space with foosball, ping pong, pool tables, and lots of space to hang out. We loved the giant Connect 4 and cornhole outside on the lawn area the most. 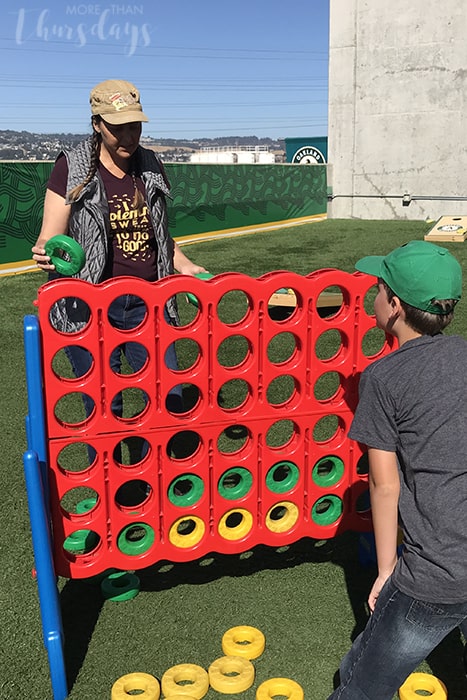 The Treehouse features a redwood deck that overlooks the field, outdoor and indoor bars, and is the location of the Green Fridays’ DJ. The Treehouse is open every day of the season, and kids are welcome in the Treehouse. 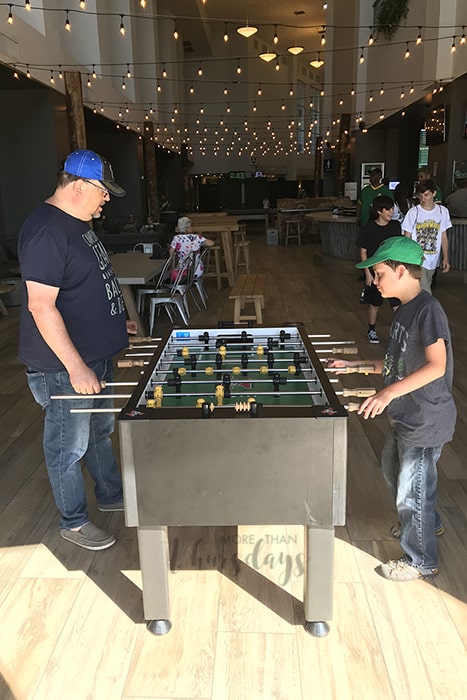 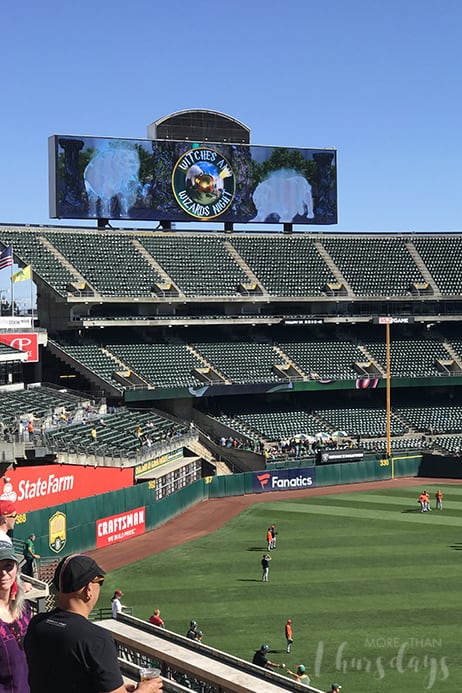 There were lots of little details that brought the “Witches and Wizards” theme to life; the Tigers player photos were replaced with Dementors (Boo!) and the A's were all put into Quidditch uniforms. Team mascot patronuses (patronii?) were seen on the Jumbotron as well.

The coolest execution of the theme though, would be the Golden Snitches that were hidden throughout the park! If you found one, you win tickets to a future game! Max takes things like this very seriously, and was determined to find one, looking everywhere he could. 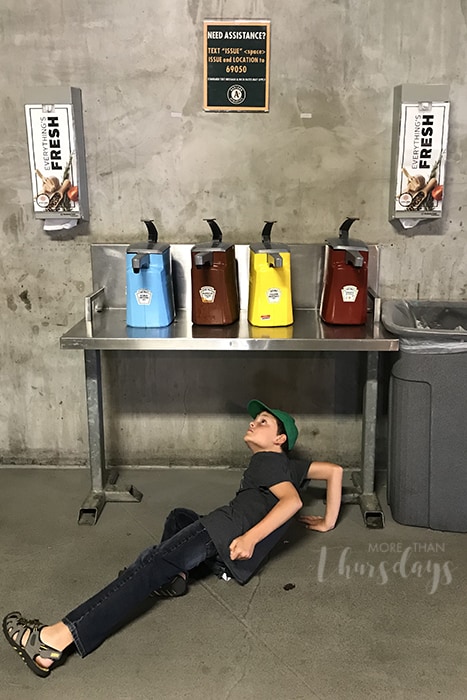 And he succeeded! Woo hoo! We can't wait to go back! 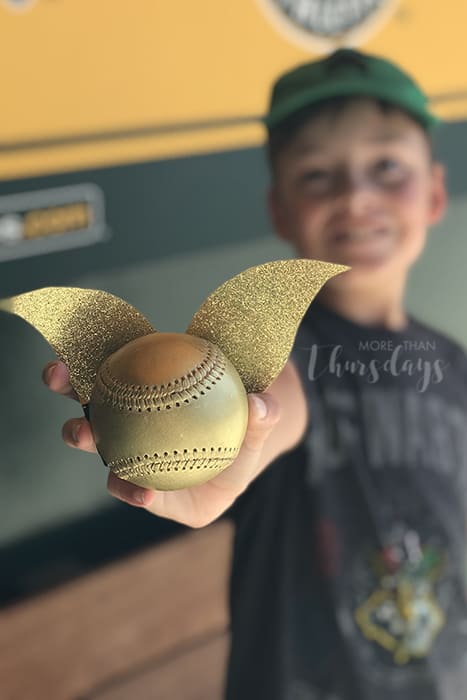 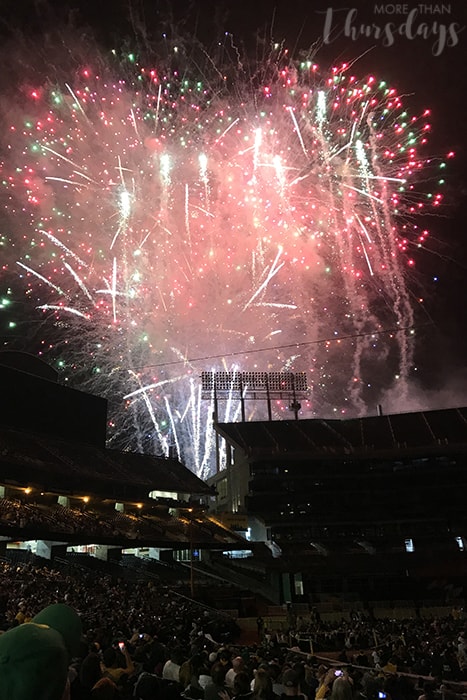 After the game, there's the cool opportunity to sit on the field to watch the fireworks. We opted to stay in our seats because we had a great  view, but we've made the trek down to the field for other nights that we've attended. It's pretty cool to get to go all the way down there, and I definitely recommend it if you never have!

It was a great fireworks show, complete with bursts of fire from Mount Davis, which I totally wasn't expecting.

It's never a bad day for a baseball game, and it's always one of our favorite ways to spend a gorgeous Oakland weekend, cheering on our boys for a day of family fun.