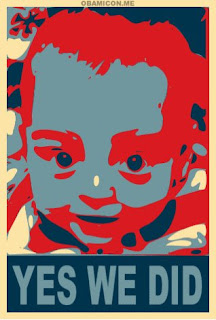 I found this cool website last week, Obamicon Me, where you can upload your own photo and transform it into an image like that one of Obama we've all seen. Try it yourself! 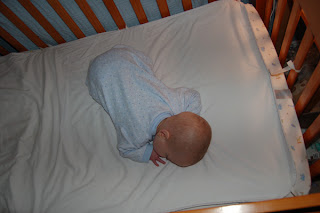 Along with mastering rolling over, which he's done in the last couple of weeks, comes belly sleeping! We've found him like this every morning for the last week or so… bum up in the air, knees tucked (good prep for crawling!) snoozin' away. The weird thing is he will rotate all over the place in the night, so he is in various locations on the bed, but always in this same cute position. 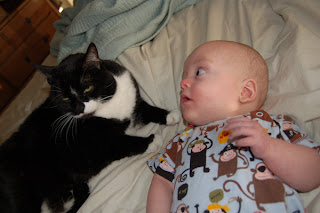 A boy and his cat. They weigh almost the same now… Geoffrey still has a few pounds on Max, but that will change soon enough! 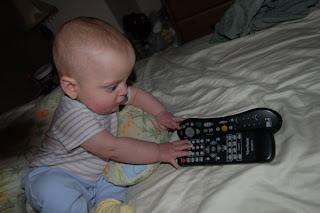 A boy and his remotes. He knows what's important, and those remotes are important! The TV isn't on, he doesn't know that they “go with” the TV, but if they're in sight, he wants them in his grubby little paws (and mouth!) 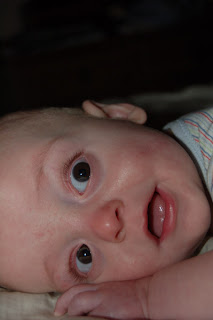 Just a random cute shot from a few weeks ago; taken at the same time as the remote one above. 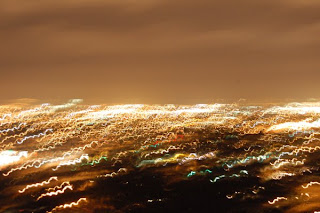 A couple days after Christmas, we, along with my parents and my sister and her family, went to the Oakland Zoo's Zoo Lights event… it's an evening thing and the whole zoo has themed lights all over… it was cute, but will be way cooler next year, when Max is old enough to really appreciate them. I'm pretty sure it's a new family tradition for us. This pic is my dad being “artistic” from the train… it's actually Oakland and across the Bay… with a very slow shutter! 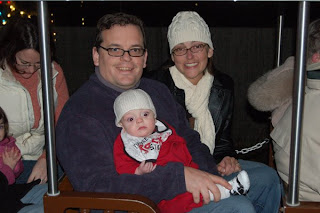 Getting ready to take off on the train at the zoo! 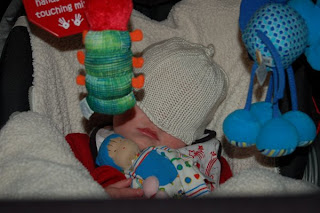 Max's hat unrolled and covered his eyes… he just went with it and fell asleep like this! I'll have to remember this trick some time in the future. He's kind of like a bird at this point. “Oh, it's dark! Sleepy time!” 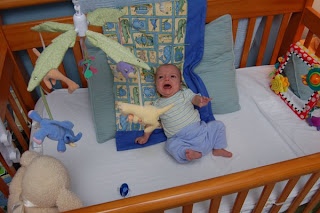 Heh. This is an older one, from a Thursday shoot. It's just funny to me, and he looks so tiny in his crib compared to now! When we lay him in this direction, his head and toes touch the opposite sides! 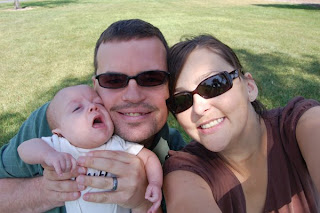 The oldest ones in this batch… from a picnic we took at Lake Elizabeth in August or September… he's so teeny, I can't get over it! 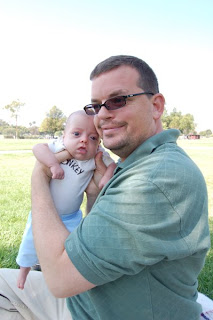 My boys on our picnic. 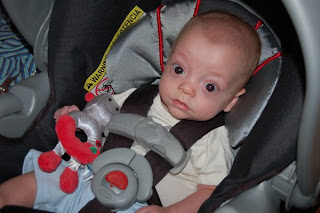 Seeing him every day, sometimes it's hard to see how he's growing and changing. And then I see a picture like this and it throws me for a loop. This was only a couple of months ago, but he looks so, so different now! It's incredible to see, and I can't wait to see what the next batch of months will bring! 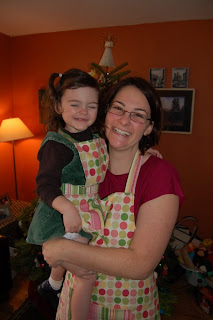 And last, I never got around to posting pics of these… I made these aprons, sans pattern, for Katie and Faith for Christmas… Faith got a play kitchen from Santa, so I thought this would be the perfect accessory to go with it! They turned out pretty cute, and I now offically have the sewing bug. My next project is a purse from a pattern I bought on Etsy… should be done in a couple of weeks. (I hope!) And the look on Faith's face? That's what happens when you ask for a “Big smile!”