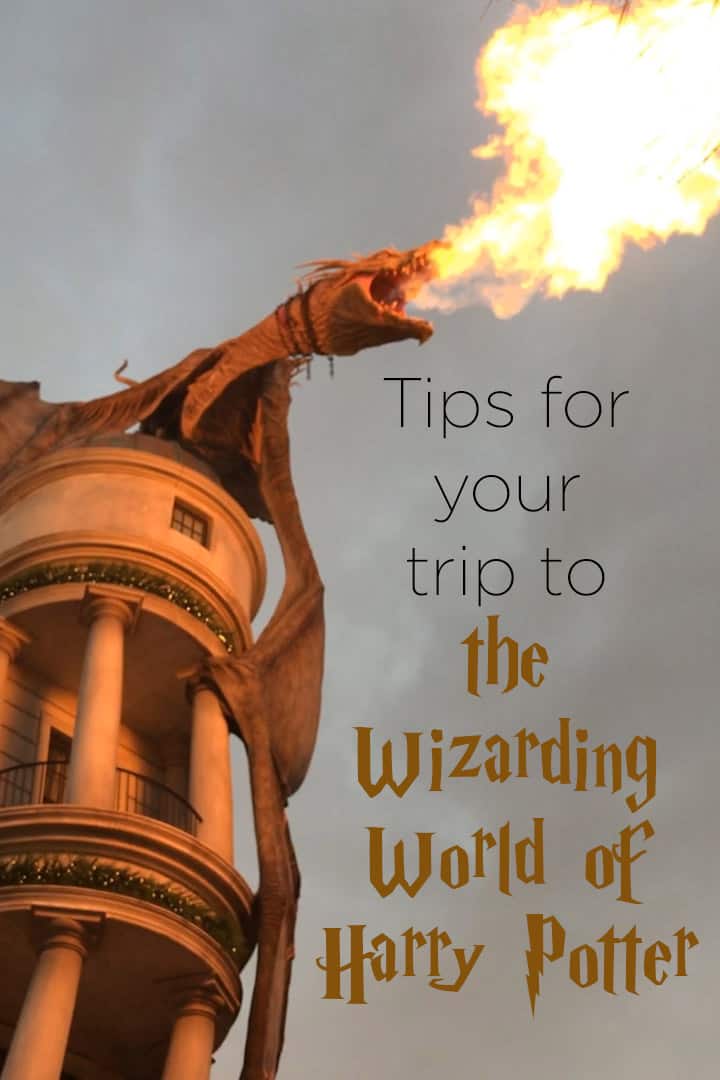 This post is a compilation of some of the tips and tricks we discovered on our trip to the Wizarding World of Harry Potter. Keep reading to learn some ways to maximize your time in the Harry Potter universe!

Tips for your Harry Potter visit 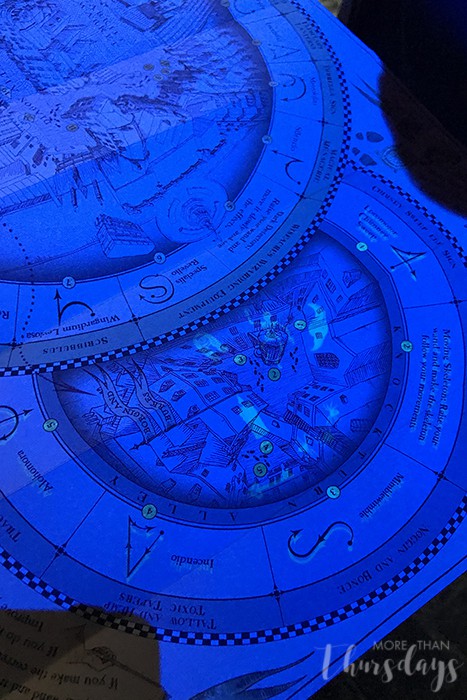 Be sure to take your interactive wand map into Knockturn Alley and look at it under the black lights! There are cool symbols to see that only appear under the special lights. 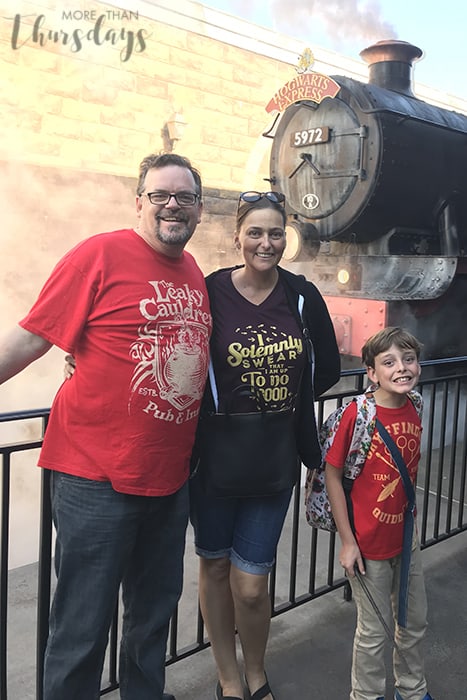 On the Hogsmeade side, when you get off the Hogwarts Express, don't worry about trying to snap a photo in front of the train before it leaves. It only pauses for a moment between trips, and we often saw people anxiously trying to get a family photo with the train in the background (we were lucky to get this one, because we happened to be sitting near that end of the train)

Immediately outside of the station, in Hogsmeade, is another engine that you can easily pose in front of, and there's often a costumed conductor or engineer available as well. 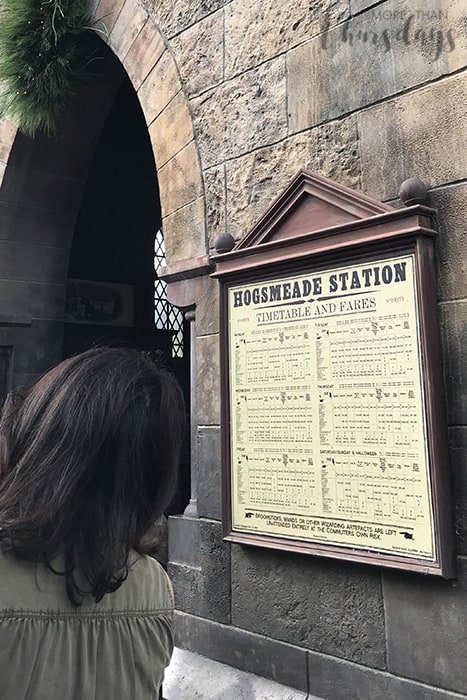 Also in Hogsmeade is “Harry Potter and the Forbidden Journey,” which is the ride inside Hogwarts. When we were there over the holidays, it got to be as long as 4+ hours in line, so here's our tip to reduce that time: Next to the Hogsmeade station is a little shelter that's full of lockers that are free to use for a set length of time. (The time varies based on how busy the park is, so check when you're there) Drop your bags off in a locker there, and then head to Forbidden Journey. Tell them you have no bags, and you'll be directed to a shorter line. The crazy long line is many people just waiting for lockers, so if you don't need them, you can bypass that whole mess! 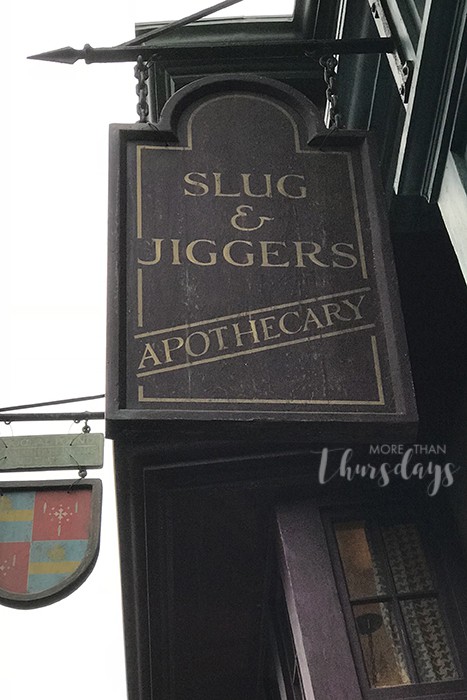 There are a couple of hidden interactive wand spots in Diagon Alley!
The first one is in the window of the Slug and Jiggers apothecary. Point your wand at the barrel and make a clockwise circle then a line down the meddle to trigger a stinky surprise and make something pop out of the barrel. 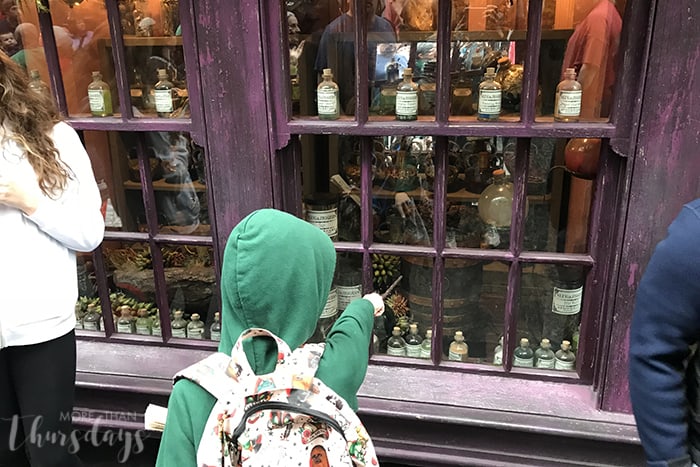 The second one is in the back window of Scribbulus. The far right window, behind the door, contains a blank parchment. If you make the a triangle motion starting with the bottom of the triangle and moving clockwise with your wand, you can make words appear on the parchment. 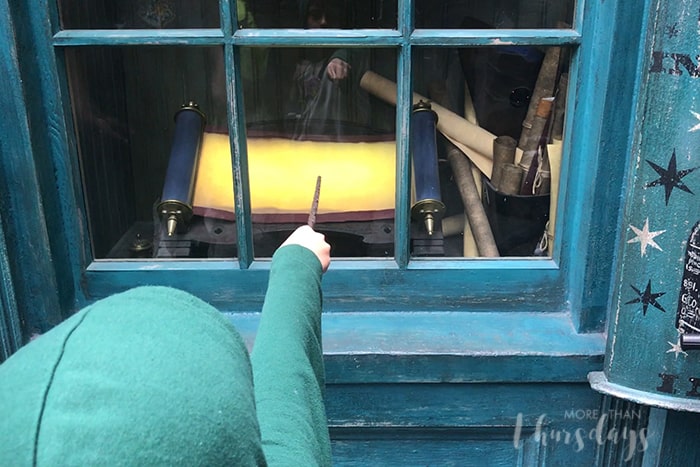 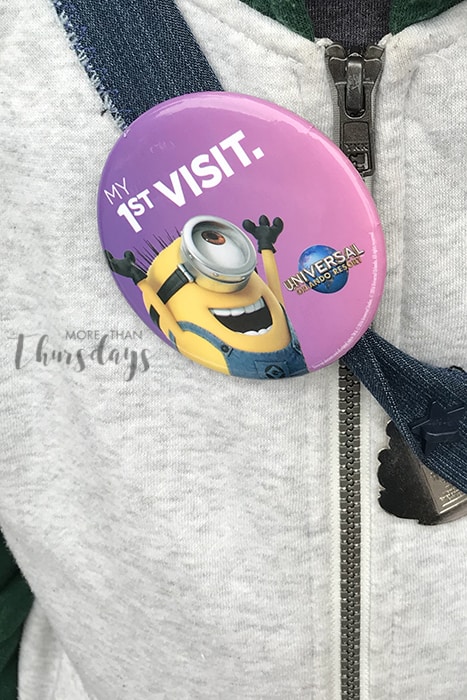 And not Harry Potter specific, but something that's worth doing: On your way into the park, swing by Guest Services for a special button! We got Max a “First Visit” one, but they also offer them for birthdays and other celebrations.

Do you have any tips for people visiting the Wizarding World of Harry Potter? 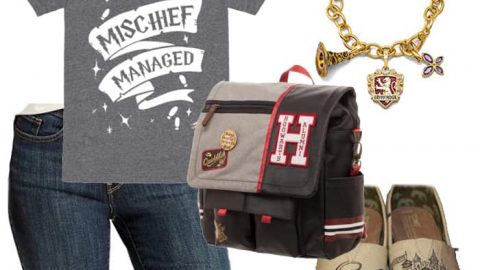 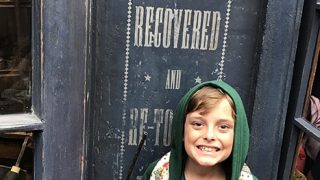 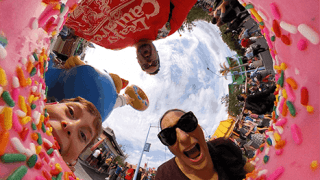 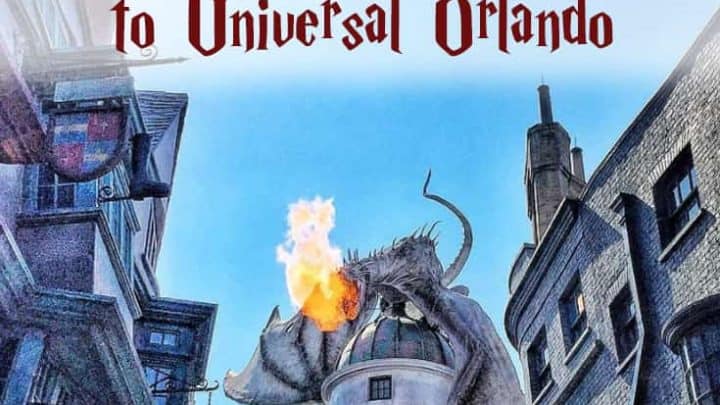 « Finding moments, finding me
Star Wars GIFs for Every Occasion »