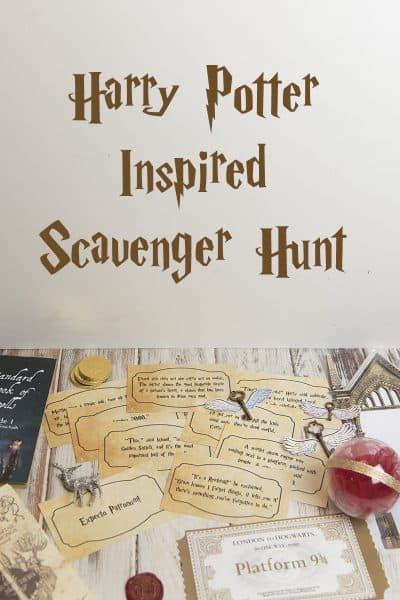 We're planning to surprise Max with a trip to Universal Orlando, and because it's pretty much all he'll be getting for Christmas, we knew we wanted to figure out a way to make it more special than a simply wrapped box. We decided on a  Harry Potter scavenger hunt

As Jamie and I talked about it, we both remembered scavenger hunts from our own childhoods. The year my parents sent my sister and I all over the neighborhood, collecting clues that would send us to the next location, and eventually, we landed back in our own garage, where we found a pair of shiny new mountain bikes.

We had to come up with a way to execute a standalone scavenger hunt because we won't be at home. We'll be visiting Jamie's grandparent's house, and we aren't super familiar with the details and placement of things. The way we've set it up, it will work pretty much anywhere, and only a couple of clues are location-specific, but I think it's a safe bet that we can find a broom and a toilet. We built it based on some props that relate to the movie, that we can a) easily transport to Florida in our luggage and b) we can set up in various places around the house to be discovered at the appropriate time.

We decided to use quotes from the books as our clues, so we spent a couple of evenings scouring the hardcovers for the perfect line to bring up our clues. While the first and last clues are set, the ones in the middle can be put in whatever order, so we'll probably decide on that late on Christmas Eve when we're putting everything out.

You can download the typeset clue cards I created, or make your own. (The link will open Google Drive in a new tab) They're set up 3 per page, and then you can cut them down to 3×5 size. If you want to create any additional clues or cards, use typeface HarryP, which you can download for free. There are a couple of blank card borders at the end of the PDF. 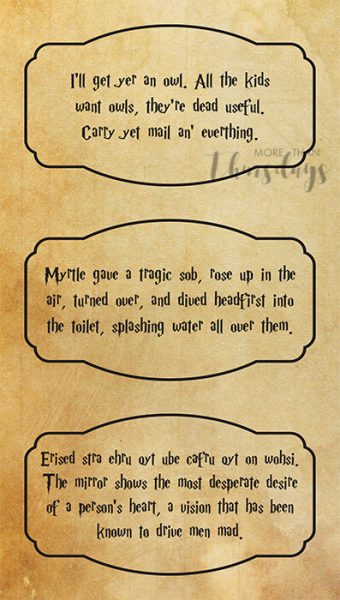 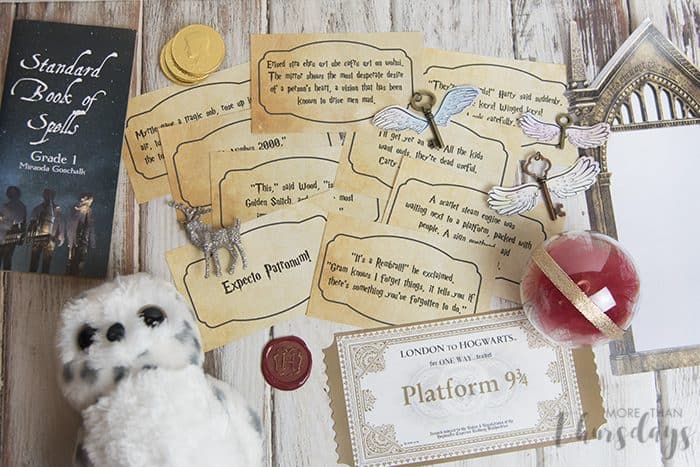 The quote that we're using is listed in bold, then how we'll execute that quote and whatever its associated prop is. I basically went to the craft store with a vague list of ideas Jamie and I had brainstormed, and then wandered the aisles and Pinterest looking for ideas.

Also be sure to check out our Hogwarts letter printable, Dementor Attack chocolate bar (another free printable!), and the complete Harry Potter treasure box.

Really love Dementors? You should make our DIY Floating Dementor! 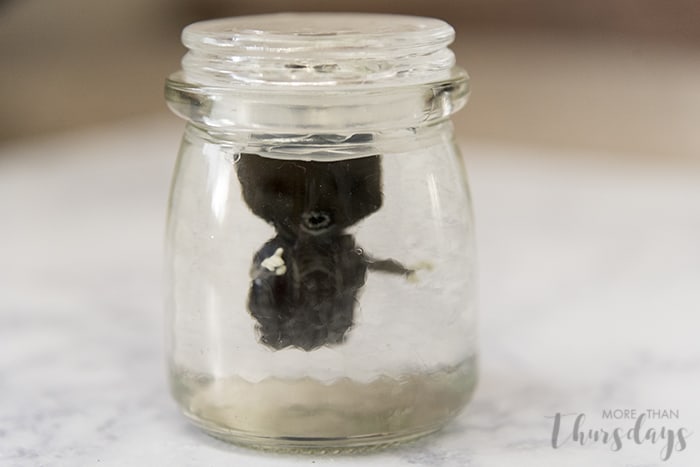 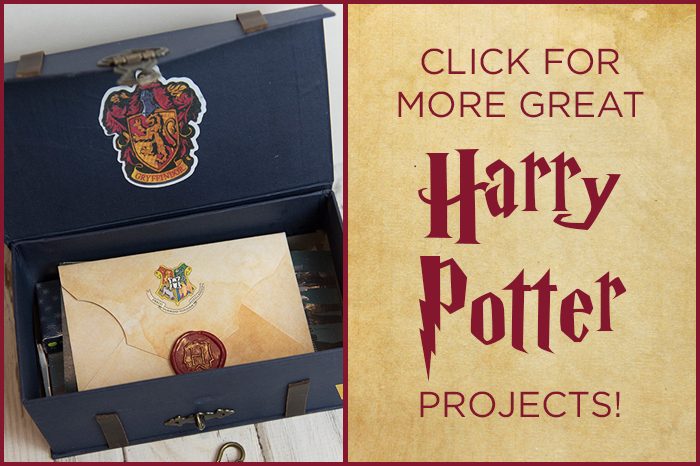