Well, the craziness of Halloween has come and gone, so now I'm finally ready to put together a comprehensive Halloween update!

Our festivities started the weekend before the actual holiday, with a trip up to Grass Valley to visit Grandpa and Bubba… on our way up there, we stopped at Apple Hill for donuts, pie and pictures.
The weather didn't cooperate, so I didn't get many pictures, but I do have this cute one of Max on a gigantic pumpkin! 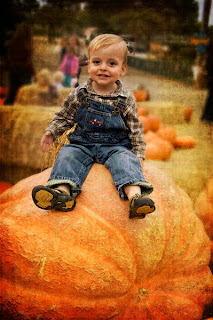 We had a nice, relaxing weekend visiting, in the pouring rain, but we did make a trip to a local pumpkin patch… the skies opened up just as we were ready to leave, so again, not many pictures… these gourds and pumpkins were more willing than Max to stay out in the rain, so I took a couple of artsy shots and we moved on… 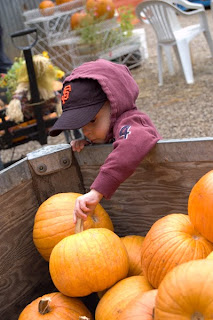 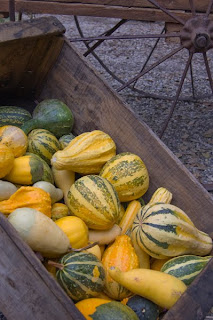 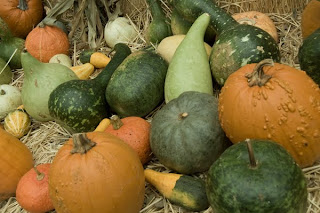 Later in the week, I took Max to a pumpkin patch for the express purpose of taking some photos (with an awesome lens I stole borrowed from my dad. 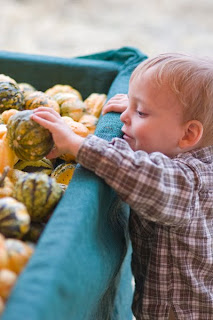 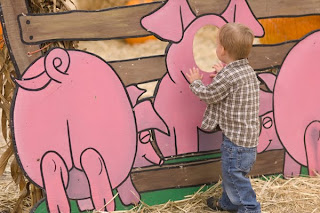 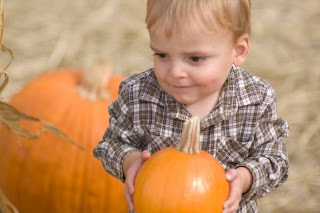 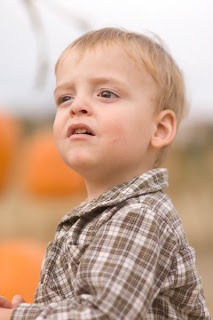 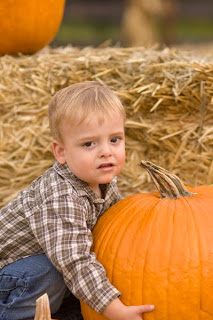 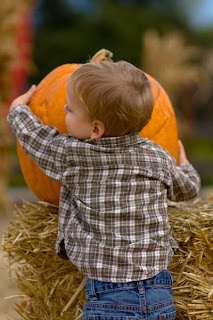 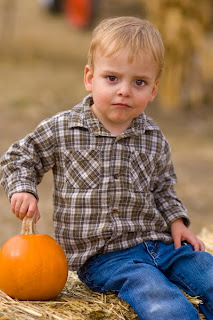 And then it was finally the actual Halloween Day! We had plans to meet up with Katie and Jason and the girls, as well as their friends Mark and Ali and their son, Cam, for pizza and trick or treating.
On our way to Katie's house, we stopped at a park in Dublin for a quick photo shoot with the full costume on… I'd like to point out that we are *not* above bribery when it comes to getting the right photos (especially when those photos include a wig!) 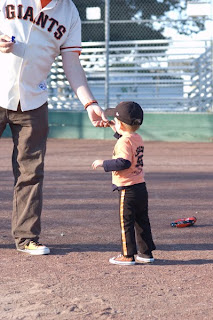 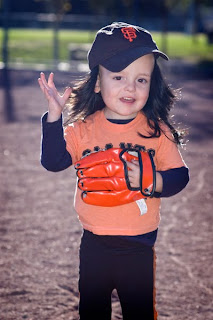 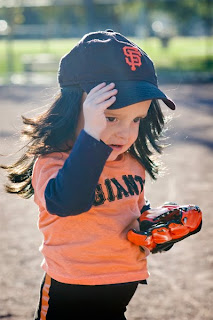 Not the cutest pic of me, but it's the only one of me with my “Superfan” hairdo! LOL 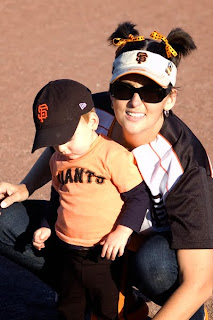 Getting ready to head out: 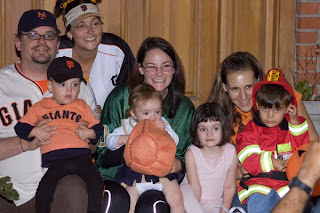 Max did *OK* with the whole trick or treating thing… he said it about half the time, practically whispering it every time. Once we realized that he's much louder saying “Go Giants!” we had him say that instead, with great results! (We were TOT'ing during game 4 of the World Series, so we had a radio with us to stay updated while we were out. 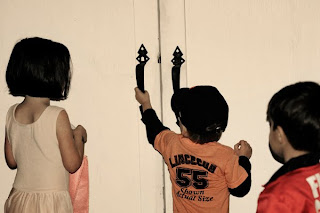 ETA: I realized I never actually posted specifically about Max's costume! For those who don't know; he went as Tim Lincecum, the Giants star pitcher, winner of 2 of our World Series victories. His shirt was made by me; I dyed an undershirt orange and then used my Silhouette to cut out letters that I'd set up in Illustrator. The actual Tim Lincecum is unlike most major league pitchers; at 5'11”, 170 lbs, he's a peanut compared to many of the guys he goes up against, and at 26 years old, he looks more like Mitch from Dazed and Confused than one of the best pitchers in the game today.
So anyway, here's a better shot of the shirt; add in his pants (black leggings decorated with orange electrical tape), a Giants hat and a Timmy wig (from the Dugout Store) and voila! 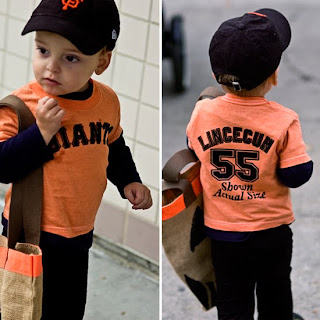