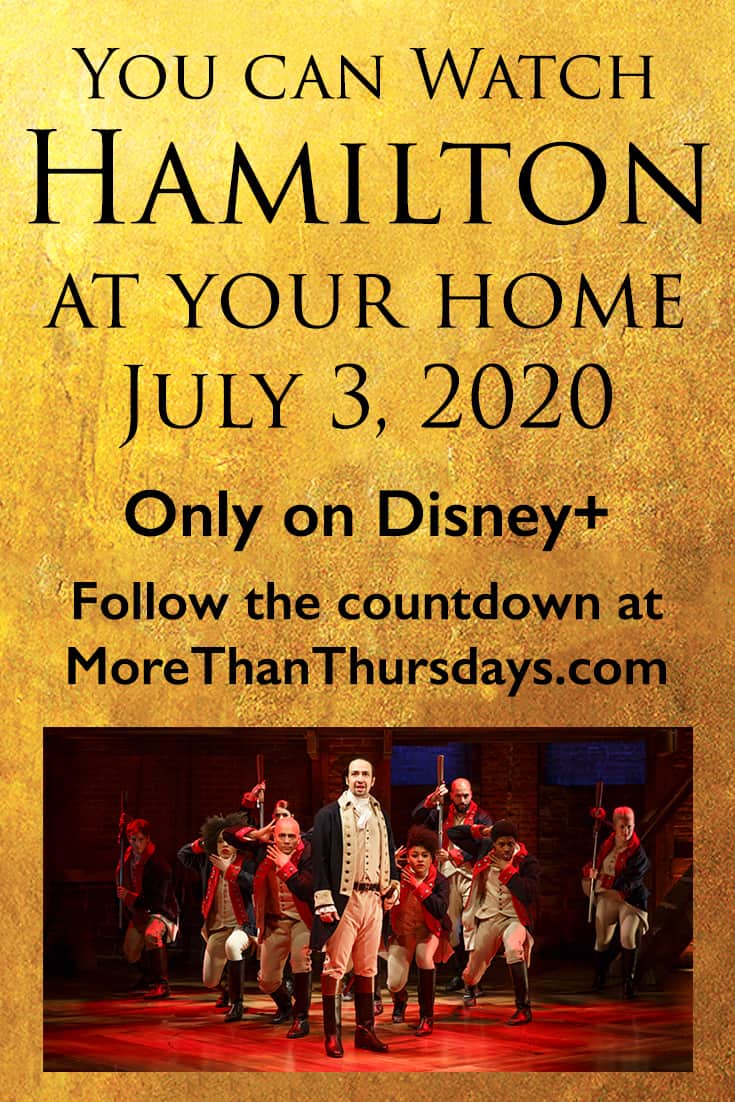 Originally slated to release in October, 2021, Disney announced today that they've moved up the release date of the Hamilton movie to JULY 3, 2020! Happy birthday to meeeeee! Hamilton is the perfect way to spend your Independence Day, and now you can do just that, by watching the original Broadway cast, only on Disney+.

Surprise! The original Broadway production of Hamilton, filmed LIVE onstage at the Richard Rodgers Theatre, is now coming exclusively to @DisneyPlus this July 3rd. Shout it to the rooftops! #Hamilfilm pic.twitter.com/Uha1RBo6NB

Don't have Disney+  yet? What are you waiting for?!?! You can easily start your subscription today, it's only $7 a month for so much great content, not to mention this little movie that's coming out!

Hamilton absolutely took the world by storm, making history buffs and hip hop lovers alike swoon, and while millions of people have seen it live on stage thanks to multiple national tours, this is the original Broadway cast, the cast you've been bopping along to on the cast recording, but now we'll be able to see it in all its glory.

I'm a little bit excited about this, and absolutely can't wait for everyone to be able to experience the magic that is Hamilton. I'll be checking on this countdown timer probably at least daily, because OMG Hamilton is coming out on July 3!