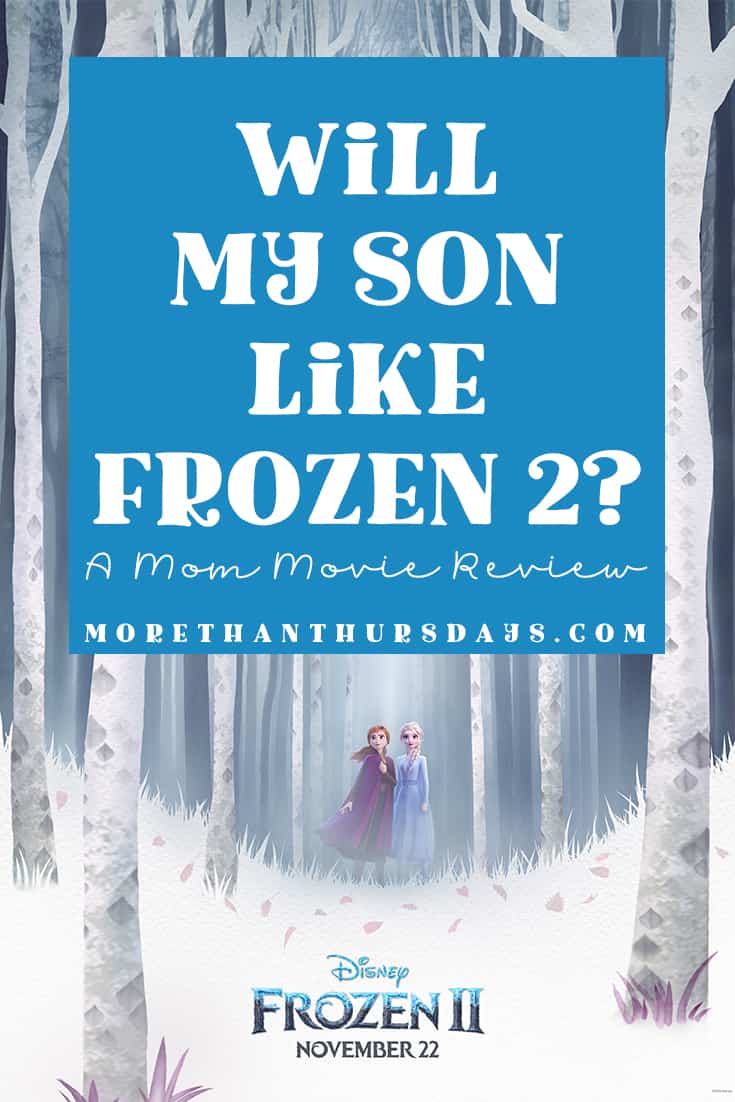 I have a confession to make, and I can't just Let It Go. When Frozen first came out in 2013, my son Max was about five and a half and he wanted nothing to do with it. He was Star Wars or nothing (and still kind of is) and just was not into this movie, so I really wondered how he'd feel about Frozen 2. Part of it may have been expressly to annoy his three cousins, who were firmly in the pro-Frozen camp (and still kind of are) but generally, it's not really his kind of movie.

As much as we talk about there not being “boy things” and “girl things” and that children of whatever gender can like whatever they like, Max is simply not into Anna and Elsa.

When teasers and trailers for Frozen 2 started to come out, I had high hopes that he'd want to see it with me. It seemed more action-packed than the original, with less focus on the “mushy” parts. Elsa's high speed ice surf thing, all sorts of swirling magic and a mysterious fog, it all seems more Max-like than finishing each other's sandwiches.


Well, now that I've been able to see Frozen 2 for myself, I can officially answer the question:

Will my son enjoy Frozen 2?

Short answer? I have no idea. I think he will, for the above mentioned reasons, but who knows. Eleven year old boys aren't known for their willingness to change their minds or do what their moms want, so I really and truly have no idea if he'll like it. But I loved it, so we will for sure be making the trip to the theater to see it again.

As I expected, there's a lot more action in this installment (which, by the way, is the Disney's first sequel to a musical) there are incredible magical effect sequences, a little bit of fighting, and a lot of nature in all its powerful fury; air, wind, water and earth.

The Story of Frozen 2

The story of Frozen 2 takes on some huge concepts, and breaks them down and retells them in ways kids will be able to grasp, which is invaluable to me as a parent. Stepping back and looking at it way big picture, it's about learning history, colonization and reparations… working as a team and the importance of family. It's about finding your truth and creating a life that you love. It's about so many things.

Anna and Elsa discover that the history they've always been taught isn't exactly how it happened, and they have to make hard choices to set things on the right path.

The sisters, along with trusty Olaf and Christoff, journey off “into the unknown” to learn about the source of Elsa's powers, save Arendelle, and hopefully give everyone a happy ending, as a good queen should do for her kingdom.

The Music of Frozen 2

I was a little concerned about the music; how would they EVER top the instant classics that came with the original Frozen movie? Well, I should not have been concerned, because Kristen Anderson-Lopez and Robert Lopez are in top form with their additional contributions to Frozen 2.

The songs are clearly written FOR the voices who are singing them, Idina Menzel's glorious range, and Kristen Bell's sweet tones. The incredible Jonathan Groff gets his moment too, with what is easily one of thee funniest moments in the song. Kristen Bell actually places it in her top 3 moments, and I'd have to agree. (What do you say, Samantha?)

While I'm waiting for the soundtrack to be released for download, I'll have this Panic! at the Disco version of “Into the Unknown” on repeat though, for sure.

I was actually able to attend the world premiere of Frozen 2 and the after party, in Hollywood earlier this month! It was a bucket list experience for sure, and you can learn all about the details that made the evening special if you check out this post. 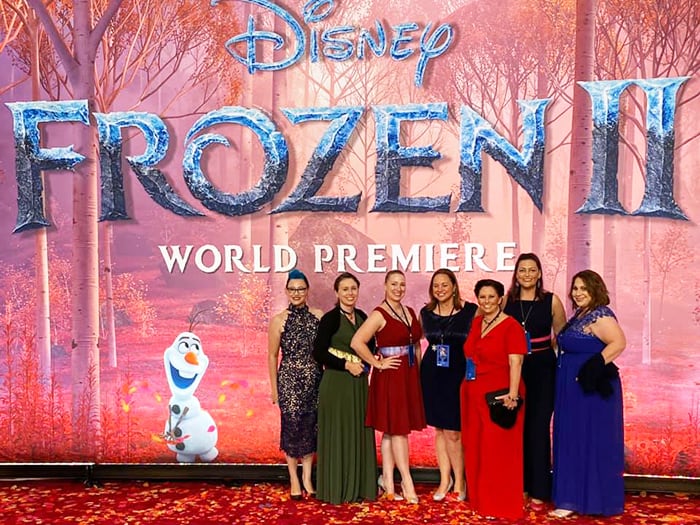 Learn more about the movie

Anna, Elsa, Kristoff, Olaf and Sven leave Arendelle to travel to an ancient, autumn-bound forest of an enchanted land. They set out to find the origin of Elsa’s powers in order to save their kingdom. Frozen 2 opens in theaters Nov. 22, 2019.