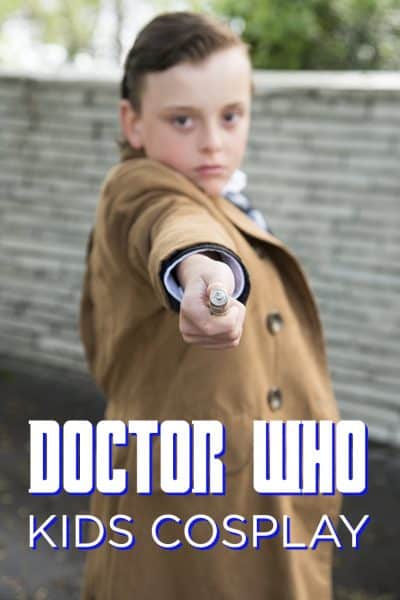 Of all the various Halloween costumes we've put together for Max in the past, this Doctor Who costume for kids is for the sure simplest to assemble, with zero crafting skill involved. Really, all you need a credit card to order the pieces and you're all set!

We headed, as a family, to the Silicon Valley Comic Con a couple of weeks ago, and knew that we wanted to put this together; Max has been watching the whole Doctor Who series as of late, so it was an obvious choice when we were brainstorming what he should wear. 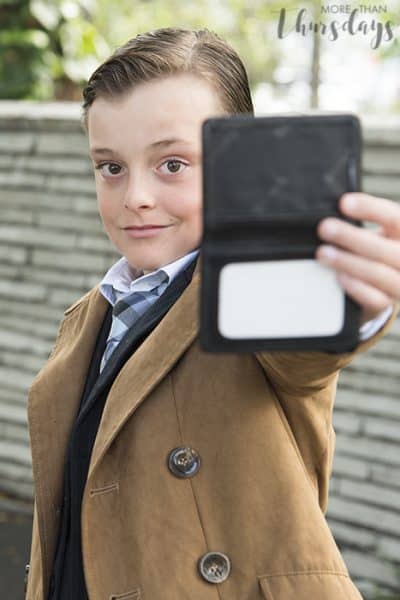 Jamie dismantled a simple wallet he picked up at TJ Maxx for a few bucks, so it's just a flip open pouch. Add a piece of blank paper and now it's psychic paper! 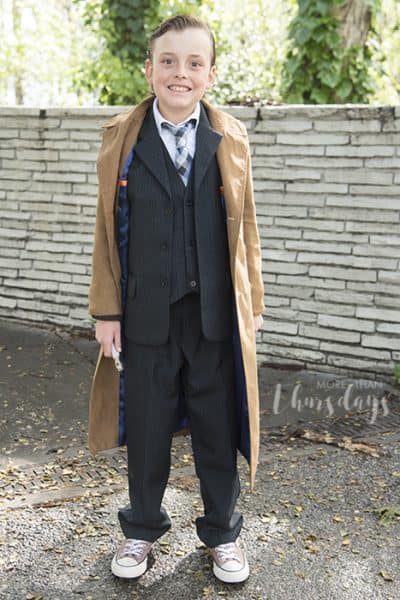 Easy Doctor Who Costume for Kids

This suit came with everything we needed; the shirt, vest, jacket and pants. It even came with a tie, but we went with a different one because the one it came with was pink. This is actually one of Jamie's ties, just tucked in to not look ridiculous. Really, David Tennant's suit is more fitted than this, but as long as I was buying a suit, I wanted it to last more than 5 minutes. It'l be more fitted soon enough.

There are a million Sonic Screwdriver options out there. We went with a basic version for about $10, but you can easily spend more than that. Max was a little disappointed that the one we bought had a white light instead of blue, but it only took him and Jamie a few minutes to swap out a blue LED to make it more accurate.

The Chucks were the most expensive piece (OMG he's in mens sizes now!) but he'll also wear them every day until they fall apart, so it wasn't too hard to make the buy. David Tennant actually wears high tops, but we low for Max because real life is a thing.

And the final amazing Dr. Who costume for kids detail? The trenchcoat! A fantastic buy we found on Amazon, it's a super versatile addition to any kid's costume stash. We saw it several times at Comic-Con, for the Doctor, a cowboy type, a spy… the quality is really impressive for the price, I only wish I'd bought it a size larger so it would fit longer! (We bought a Medium for Max)

A friend loaned me her adorable Tardis dress (Find more cute options on Etsy!) and we were ready to go! (Jamie just wore the geekiest t-shirt ever) 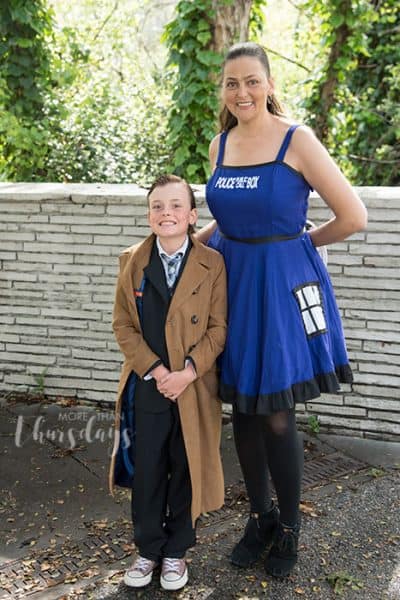 Max was getting comments left and right on his excellent Doctor Who kids costume, including a “Brilliant!” from the man himself! 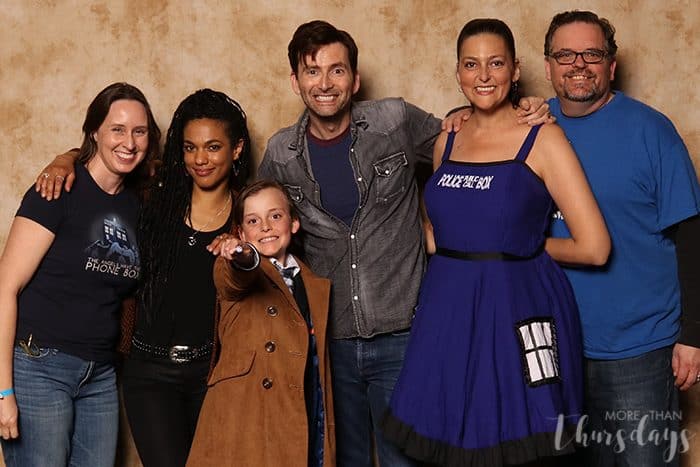