When we were first dating, Jamie and I camped out several times… it was actually on a group trip to Yosemite that we first spent time together again, so time spent by the campfire is special to us, and something we've been wanting to share with Max.
Because of Max's dramatic early entrance into the world, we were unable to take him on his first camping trip until this summer… because of busy schedules, we weren't able to get away until the end of August. But it was *perfect*

The Christys bought a camping trailer, so they've been after us for a while now to join them on a trip, and the planets finally aligned and we made the plans to go… happily enough, we left on Jamie's birthday and spent the weekend! It was a wonderful few days that went all to quickly, but I can't wait until next summer, when we can take Max camping again!

Normally, one of my favorite parts of a camping trip is shutting off the cell phones and unplugging for the duration. I couldn't do that this time, since TicTac's due date was rapidly approaching, and with my luck, turning my phone off is a guarantee for Katie to go into labor! (She didn't- that didn't happen until Monday and gets its own blog post! LOL)

Anyway, here are some photos from our weekend at Samuel P Taylor State Park!

Loaded up and on the road! (Can you tell Max was a little sick? Friday morning, we got a diagnosis of roseola, but since the fever had broken the night before, the doc gave us the go ahead to go on the trip… he was in much better spirits the next morning!) 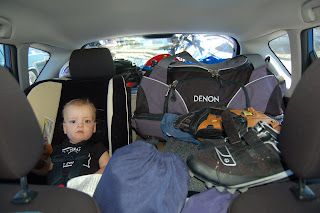 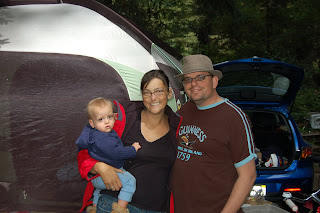 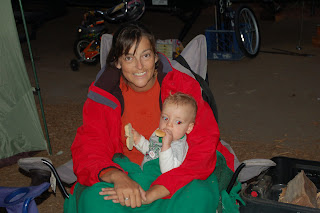 On Saturday, we all piled into the car and headed over to Drakes Bay Oyster Farm for some oysters (not for me or Max, but Ashleigh ate a couple!) It's very cool… the shack is there by the water, where you buy your oysters, and then there are some picnic tables… we brought our own lemons, beer and hot sauce and had an oyster picnic on the waterfront! When they had had their fill of raw, we took the rest back to camp and stuck them over the fire… grilled oysters, anyone? 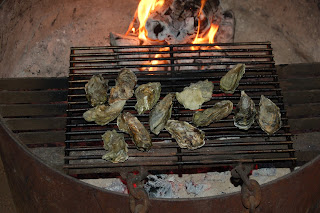 My submission for the Christy family Christmas card: 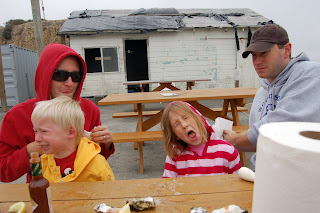 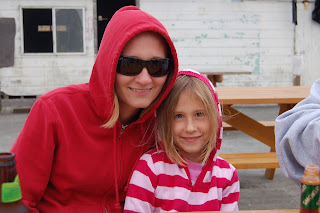 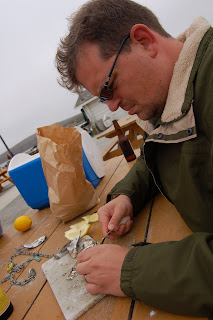 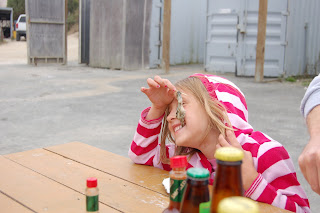 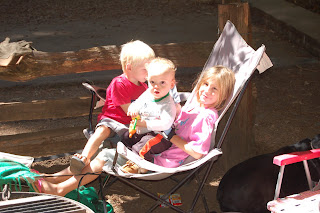 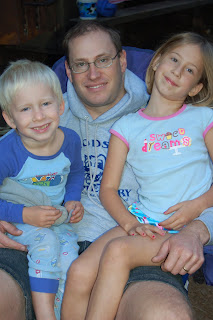 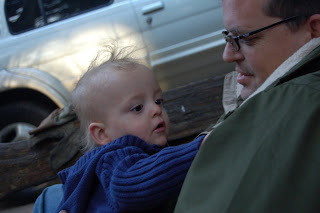 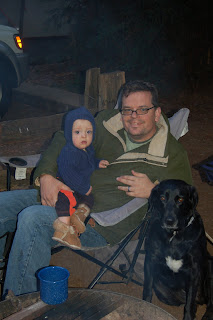