My parents invited us to join them at a free Shakespeare in the Park last night… it was “A Comedy of Errors,” which may be my new favorite Shakespeare play! It's quite funny and while I have to agree with my mom that the costuming was distracting, it was a gorgeous night in Pleasanton and something I look forward to doing every summer!
We brought a picnic dinner and just had a lovely evening, enjoying the outdoors, the amazing weather and. of course, a glass of vino! 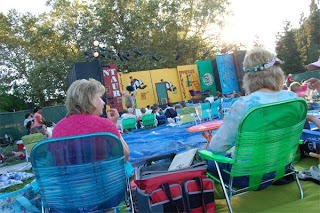 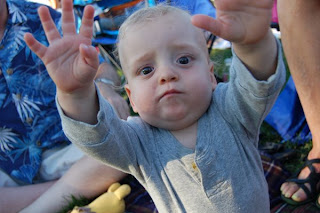 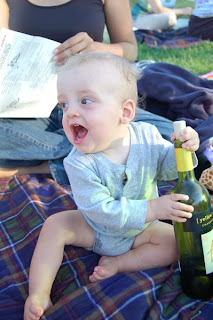 Dave turned 35 last week, and for his gift, Ann Marie surprised him with a fishing trip! So early early Saturday morning, Dave was joined by Jamie and his nephew, Julian, on a chartered fishing boat for a trip out to the Farralon Islands and a day of fishing… it was Julian's first fishing excursion ever, and now the guys are planning on making it an annual event. I can't wait until Max is old enough to join in this “manly tradition”
We had everyone back to our house afterwards (advantage of fishing: a full day of it is still over by 4pm, leaving lots of time to reap the benefits of the day!)
Jamie's first ever experience with deep frying (other than the turkey at Thanksgiving, but that's different… outdoors, for one thing! LOL) and it was *amazing* and certainly something we'll be doing more often!
Julian and his fish (BEFORE) 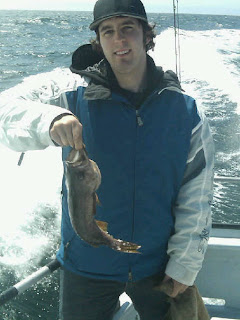 Julian and his fish (AFTER) 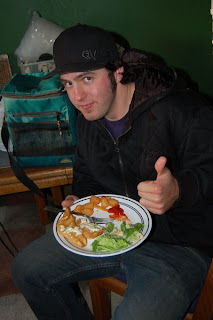 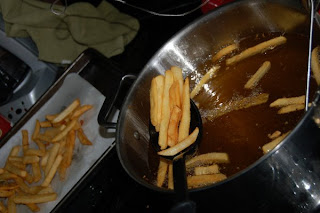 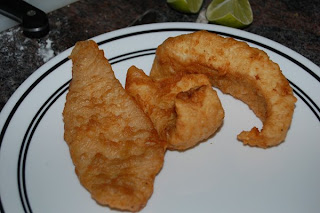 Ashleigh has discovered that she can “carry” Max around (carry=hold on to/drag) and has taken it upon herself to be the babysitter when he's around. She really is a help, keeping him away from sharp corners and feeding him crackers… I'm a little worried about the day she comes looking for back pay for all of this “babysitting” she's doing! 😉 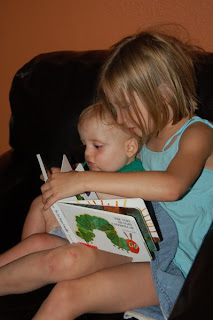 While Daddy was off fishing, Max and I loaded up the car, picked up Nana, and joined Katie and Faith at Waterworld in Concord, Max's first trip to the waterslides! It's a little tough when you aren't even walking, but he enjoyed his run down the “family slide” and splashing in the water and the wave pool! I just can't wait to head back to the slides with more people to watch Max so Jamie and I can go on the “grownup slides!” 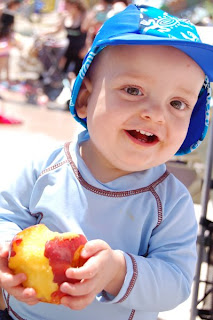 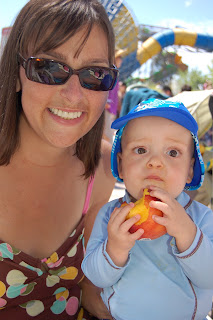 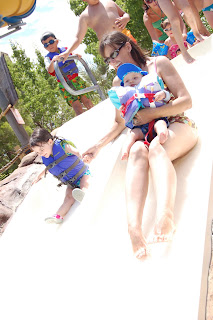 I've been on a serious cupcake rampage lately; it was spurred on by a cupcake swap I partipated in a couple of weeks ago… these are the Gooey Chocolate Hazelnut ones I made for Dav's dinner on Saturday… I left the cookbook at home today, so I'll have to post the recipe later… they're pretty much fabulous! 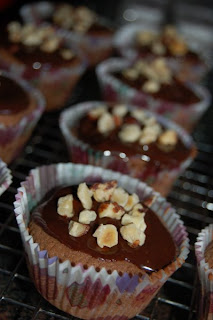 My weird kiddo… doesn't like to sit the correct way in the shopping cart, he'd rather see where we're going! Because he isn't big enough to sit in the main basket with the stuff yet, he makes do with what he's given and sits cross-legged in the top seat! Such a goofbal1! 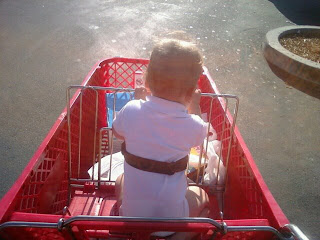 And I don't think this one really needs any explanation! 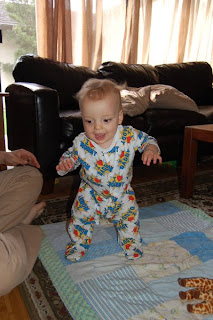