Last weekend, my parents asked if we could take Max to Half Moon Bay for a pony ride and some other fun (lunch and a beach visit) It's a trip they'd taken with Faith when she was about this age, so they wanted to treat Max to the same fun!
It was the weekend before HMB's famous Pumpkin Fest, so traffic was awful and the crowds were insane, but we had a nice day anyway!

When we got to Lemos Farm, my mom asked Max if he wanted to go on a pony ride (his first) he at first said yes, so we jumped in line. A few minutes later, he changed his mind. “No pony! No pony!” but knowing Max, we stayed in line anyway.
As we inched forward towards our turn, I had some minor concerns about the fact that no parents were allowed to walk with the child on the pony… we were supposed to hand Max off to one of the attendants, all by himself, and stand and watch with fingers crossed that he didn't have a total meltdown or fall off the horse or something!
Much to my (our) relief, Max did great! They put him, I swear, on the biggest pony in the place, but he just sat there, making the loop, and seemed to enjoy himself! 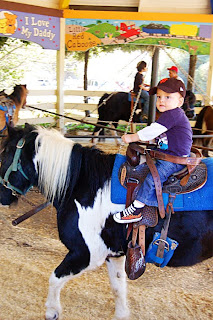 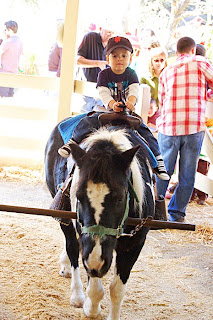 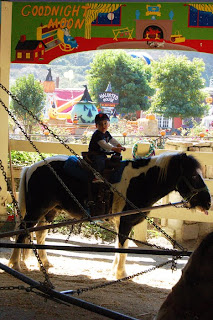 After the pony ride, we headed over to the petting zoo… they have goats at the Oakland Zoo, where we go all the time, but you can't really pet them, unless one happens to walk over to the rope barrier. This was Max's first trip into a real, honest to goodness, step in poop, goats on all sides kind of petting zoo, and again, he did great! 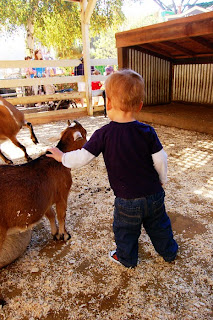 I the petting zoo, he apparently saw something funny… I think he's going to give Jim Carrey a run for his money in the “funny faces” department! 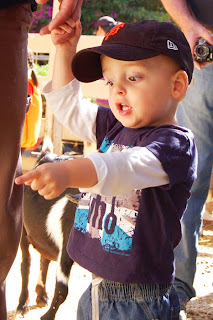 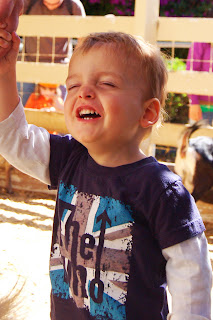 And a few random photos from exploring the farm… 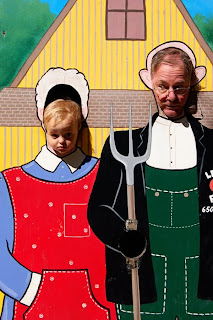 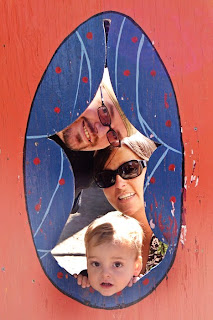 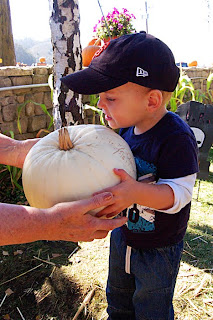 After the pumpkin farm, we headed to lunch and the beach. Apparently someone told Max that he was responsible for putting all of the rocks on the beach back in the water, so he spent about an hour (yes, an hour!) going back and forth, throwing stones back into the water! It didn't take long before he was halfway to his knees in the water, to get a better angle on his throwing, I guess! 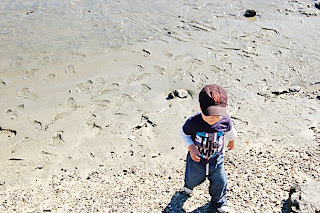 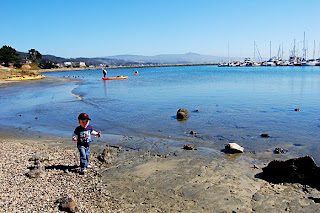 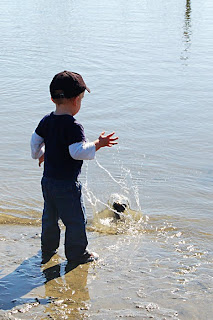 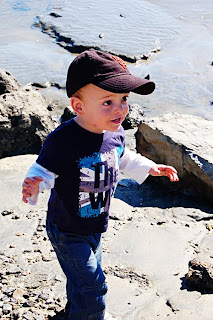 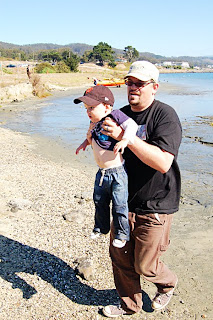 And a random artsy-fartsy shot of a cactus. (Cactus? On the beach? Weird! LOL) 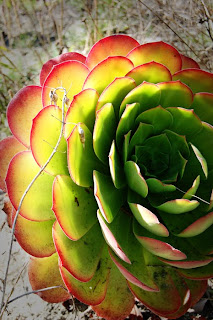 « Mark this date…
A Food Adventure »