We have been fascinated by Andrew Zimmern's Travel Channel show, Bizarre Foods, for quite some time… he travels the world eating whatever the local delicacies are; bugs, durian, balut… he's tried it all! When I joined Twitter to document my transplant, he is one of the people I started following.
Last week, he posted that he was in San Francisco, and that he'd be at something called Off the Grid San Francisco, a weekly collection of food trucks that takes over a dead end street and sets up a restaurant of sorts.
It only got more interesting when he mentioned that he'd be there with “Le Gut Truc,” serving up his very own bizarre foods!
We headed into the City early; the trucks opened at 11, and we wanted to be there early, since we had more “adventuring” planned later in the day! The parking gods were with us, and we found a metered spot on the same block where the trucks were parked! 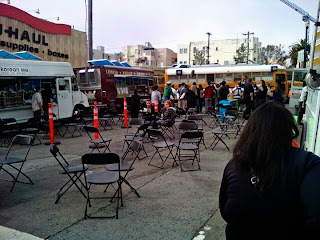 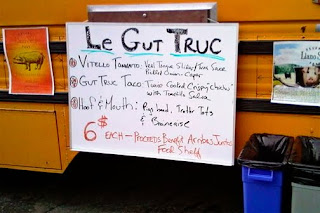 Max was totally into the veal tongue slider, and was even filmed eating it! He, unfortunately, stopped his “Yummy Burger!” right before the camera man walked over (of course) Could this be his 15 minutes of fame? Keep an eye on the Travel Channel and see! 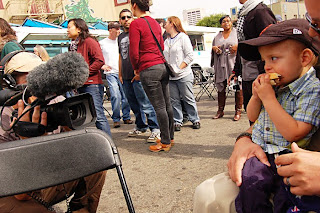 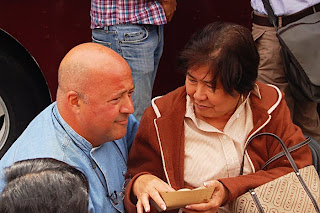 Chris Constantino, aka “Offal Chris,” one of our favorite past Top Chef contestants and a San Francisco chef. The “Hoof & Mouth” menu item was his, and Jamie tried (and liked!) it, Brainaise and all! (Yes, brain) 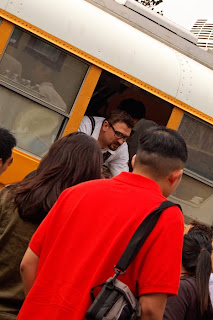 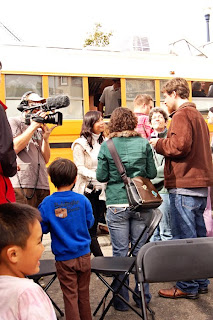 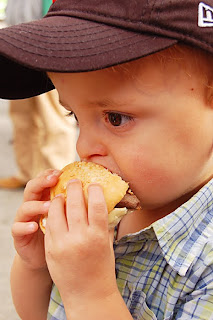 What's better to follow up a various body part snack than a delicious cupcake, from the Cupkates truck?!? I'm kind of obsessed with Salted Caramel these days, so that's what I got, and Jamie got Vanilla Bean, at the recommendation of the baker… that frosting tasted just like vanilla ice cream! Amazing! 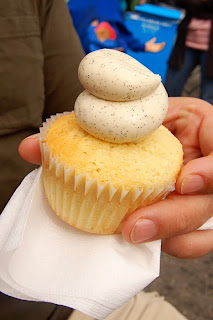 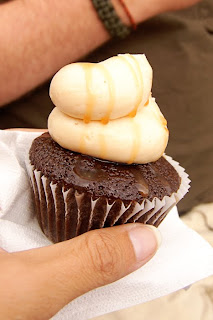 We were done with the trucks, so we got ready to head out on the next part of our food adventure, Humphry Slocumbe Ice Cream! I've read articles about this place, and have been wanting to try it myself! Any place that sells “Jesus Juice” ice cream (wine and cola) and serves a Bourbon and Coke float (bourbon ice cream in Coke) sounds awfully intruiging to me, so I've been looking for a reason to go! 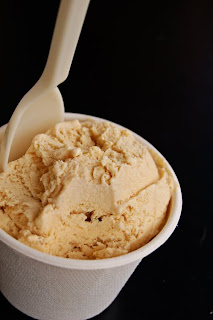 We did lots of tasting at the counter; Olive Oil, Proscuitto, the aforementioned Jesus Juice… I kind of wimped out and ended up getting Pumpkin Five Spice, and we got Max Tahitian Vanilla. Mine tasted just like the best pumpkin pie you've ever had, but in ice cream form! I do think we'll be back to try some more… their flavors are small batch and change daily, so it's always worth going back!
Check out their website to see a list of more of what they offer! 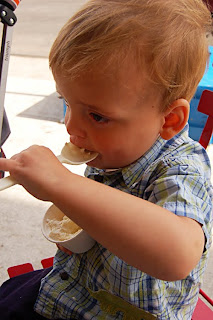 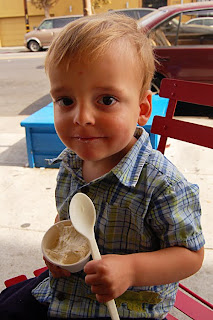 And finally, the last stop. It probably should have been our first, since it's donuts and coffee, but whatevs! LOL We walked from Humprhy Slocumbe to Dynamo Donut & Coffee, where Jamie got an Apple Maple Bacon Donut, I got a Chocolate Rose, and Max got Vanilla Bean. And we got 2 of the best cups of coffee we've ever had, outside of Paris!
Like Humphry Slocumbe, Dynamo has a rotating selection of flavors (Guiness donut, anyone?) so check out their website to see more of their options!
As an aside, we don't only feed Max bland vanilla stuff! We offer him bites of ours, but I'd rather not spend $3 on a donut he's going to spit out! The vanilla thing is a safe back-up! 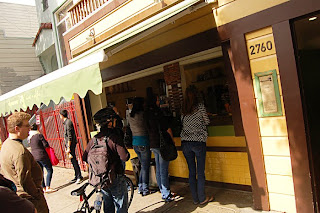 Something really appeals to me that their boxes and coffee cups are all hand-stamped… just the right amount of hand-craftedness! 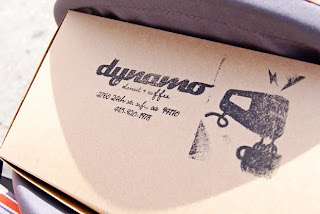 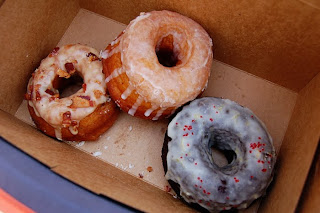 And proof of a grand adventure? As always, Max zonked out in the car before we were even off the Bridge! 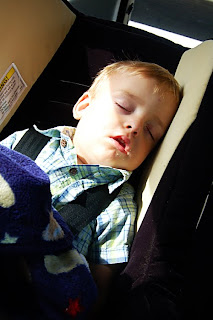